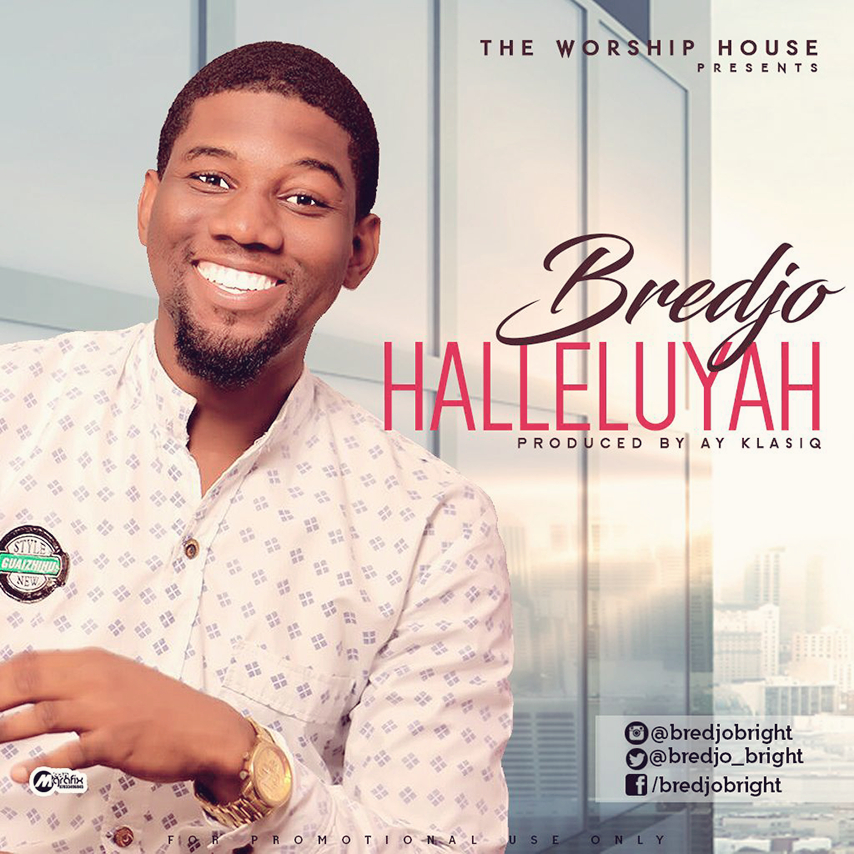 Gospel music at it best: its official; after a successful 2016 for the Nigerian Award winning gospel music minister known as Bredjo. The Nigerian Music minister Bredjo has opened the year 2017 with his first song for 2017 after series of songs released by him in the previous years.

With a grateful heart, Minister Bredjo has officially released his new song titled “HALLELUYAH” for you all to be dancing everyday to praise God. Produced by one of the Abuja best producer “AY-KLASIQ”

Bredjo recommend this song to churches, choir e.t.c to sing during their praise section.