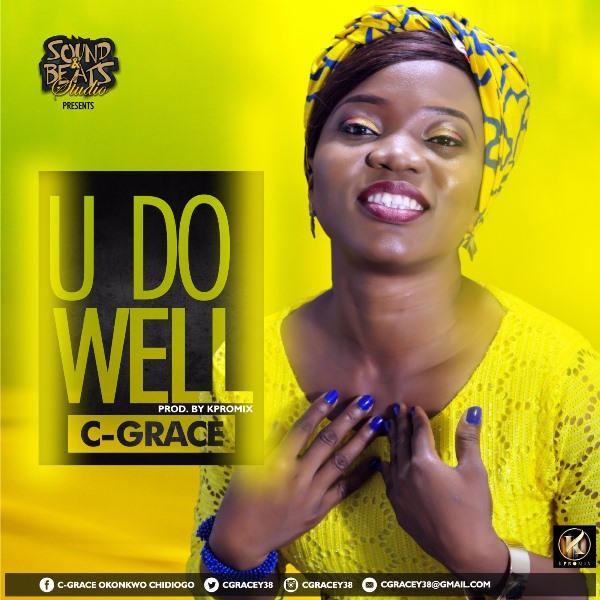 C-GRACE is a prolific song writer,  music
minister& a Praise-Worship leader who
believes her songs according to Isaiah
50:4 serve as “Word in Season” to her
audience/listeners!.. Consequently,
she’s a recording artiste totally sold out to the Gospel music ministry aimed at
reaching out to the church and the
world at large through her “HolySpirit
inspired” songs ! She has four singles
and an album with the hit single:
CHUKWUEBUKA currently rocking the air waves now all to the glory of God!

Her debut single: GOD NEVER FAILS was
once pre-nominated as the Best
Reggae Single for the MEGA AWARDS
2015!

C-GRACE however is not resting on her
oars … She’s back with the single”U do
well” born out of a heartfelt gratitude
to God for his Faithfulness over time! In
her words words she said: “the song
‘U do Well’ was written in a way that everyone, educated or not educated,
can celebrate God with it!