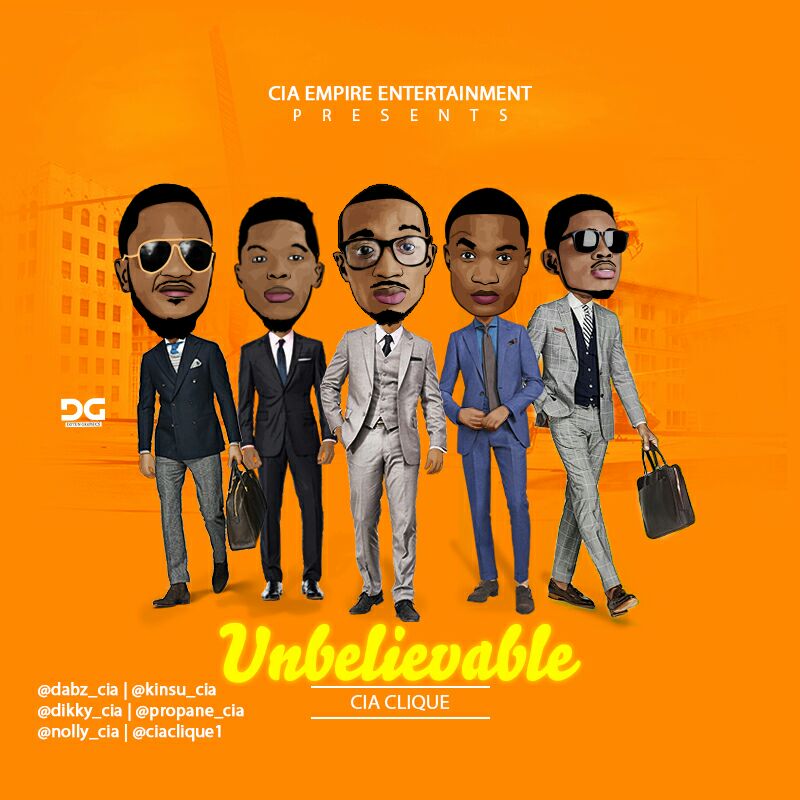 CIA clique is a Christian hiphop collective based in
Lagos, Nigeria. It
consists of artistes – Nolly, Kinsu, Propane, Dabz &
Dikky. The CIA Clique
is an acronym for ” (In) Christ I Abide Clique”,
coined from John 15:4-5. To them it means living their lives to the fullest and
making impact in
their world even as they dwell on the principles of
Christ’s finished work
on the cross. To them Abiding in Christ is what they
do everyday and everywhere, that is their life; take Christ away and
they are dead!
The CIA Clique was founded on the 11th of
November 2011. They have since
released singles such as “Touch Down”, “What You
Do”, “All A’Dem” & “Onyilonwu”. They are currently working on their
debut body of work (name
withheld), which would be released later this year.

C.I.A is back with a brand new single and they titled
this one
“Unbelievable”. Unbelievable is that feel good song
that will have you
reminiscing on how good God has been and how it
is Unbelievable that you are where you are considering where he brought
you from. It is an up tempo,
trap, hiphop sound and the CIA Clique delivered so
well on this one. Each
of them added a different spice and also interpreted
the song from different perspectives. The song was produced by
Kinsu, mixed and mastered
by OkeySokay. Enough said!