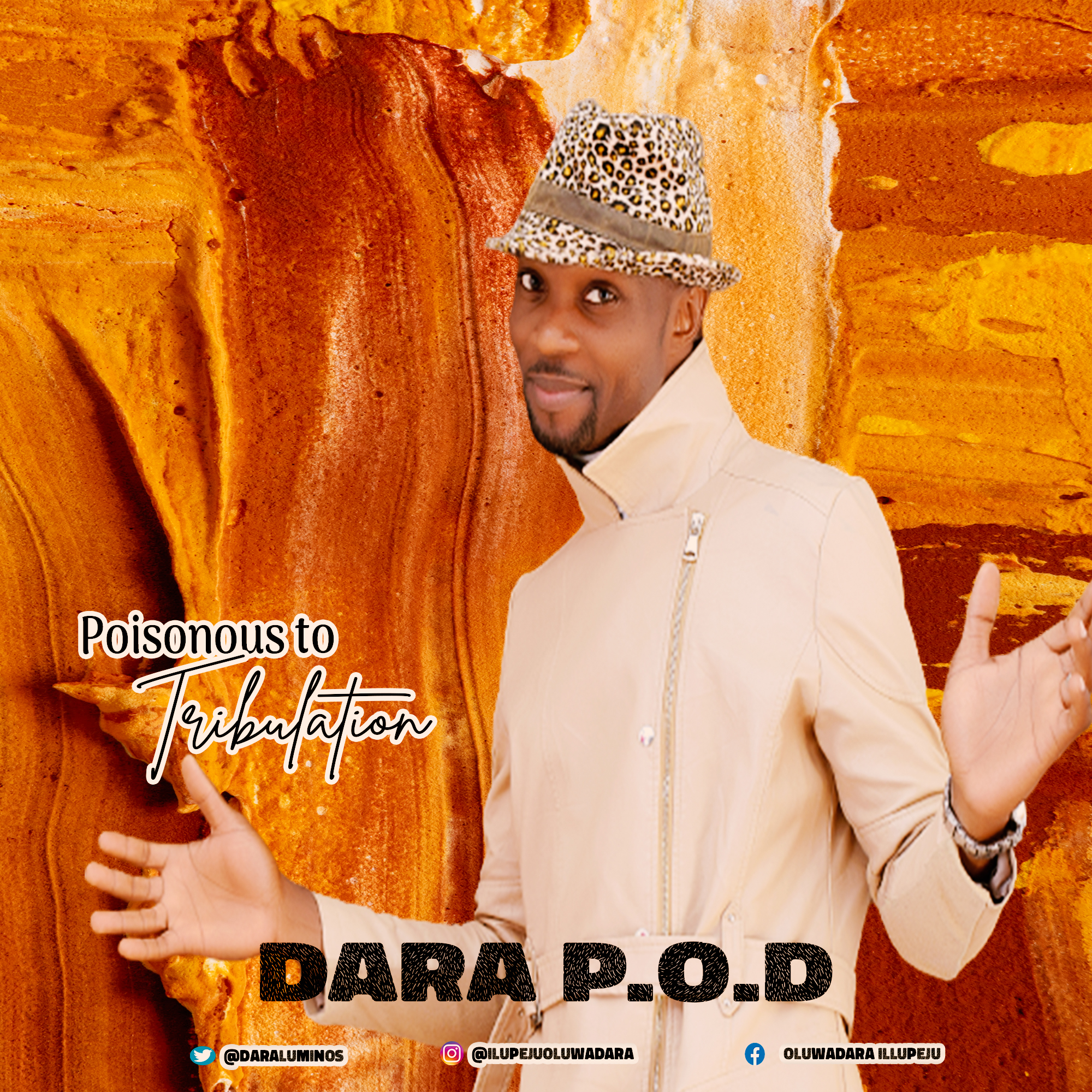 Dara P.O.D whose full name is Oluwadara Ayandotun Eyitayo Ilupeju is also a Pastor but has decided to also make his musical calling and election sure by releasing the songs deposited into his spirit by divine Inspiration. He had earlier in April released 2 singles and visuals as well titled “Na God” and “Not by Might” which have enjoyed good streams. More about Him on https://pastoroluwadaraministries.org/

The Reggae-infused track “Poisonous to tribulation” is a follow up release which he uses to encourage his audience that no matter what they face, they should rejoice because jubilation is coming their way.

Pastor Dara hopes that the message behind this new single will surely be Poisonous to the tribulation any of his audience may be experiencing.

“Poisonous to tribulation” is available across digital platforms. https://ditto.fm/poisonous-to-tribulation