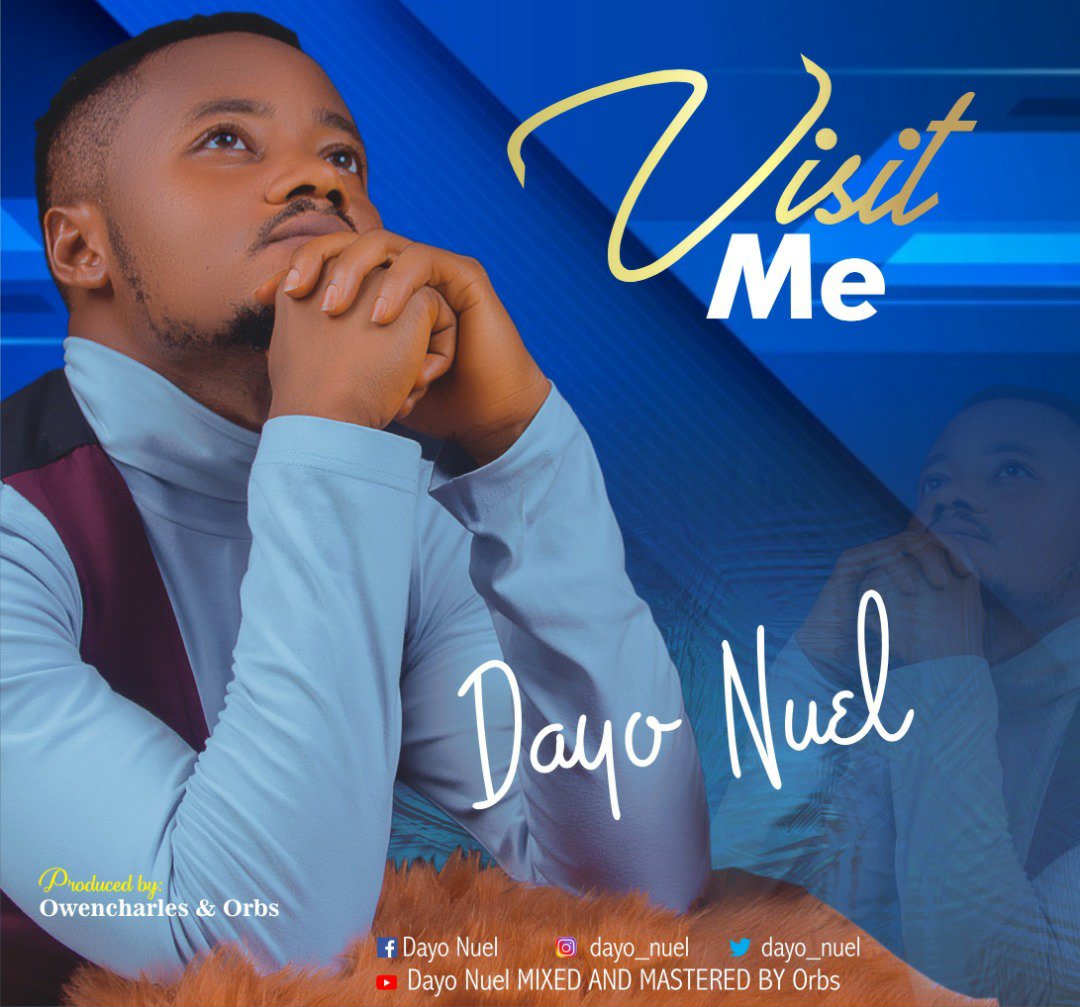 Dayo Nuel is a Nigerian gospel singer, songwriter, Vocal instructor , Music director . Whose genre of music in urban Contemporary gospel , Christian hip pop , Contemporary Worship music , Soul , highlife with a fusion of RnB are to cut across to everyone by lifting up their souls to God and engage their minds to success .

Dayo was born in Osun state , Nigeria, in the family of Mr and Mrs Olasoji Amusan , in addition to him , the family had 5 sons and one daughter.

He received his primary and Secondary school education in Osun State , and later came to Lagos to get his HND in Computer Science. But before he left Osun state for Lagos , he has always been performing in both Teenager and Adult choir music concerts , and then he later came to Lagos to join Province 12 RCCG teens choir, Youth choir and Adult Choir at the same time ,where he was made assistant Music Director and later became Music Director and Vocal instructor in his Parish and also as a Worship leader .

Dayo became known through his vocal dexterity and as a powerful worship leader filled with so much annointing . He has featured along side on stage with a few top Gospel Artists. And also worked as a background vocal for peak talent hunt competition and for few gospel Artists also .

Dayo Nuel started his music career as a Professional in 2010 , but he was able to record his first single for his country Nigeria ,titled “It’s gonna be alright ” In 2016 , and now he came out with another single titled “Visit Me ” which will be released in few days time .