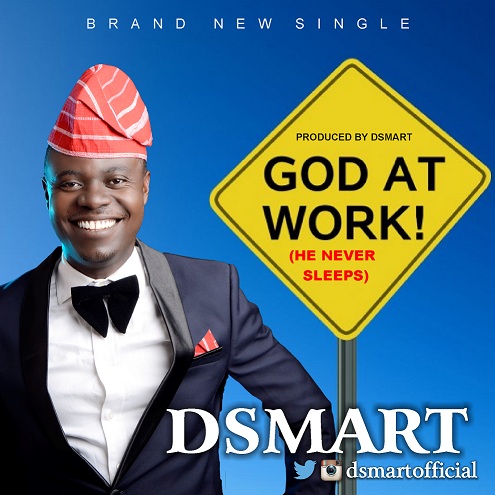 The CEO of HOLY HOMY Records, Darlington Smart, who is also known for the Gospel unusual revolutionary movement is out with yet another hit single after the success of 2 of his foremost Gospel singles, “Izurukeme” which features Samsong and Kenny Kore. The second single, “Ekwueme”, which became one of the most sought after and most streamed Gospel song.

Here is Darlington Smart new single titled God at Work (He Never Sleeps) produced by @dsmartofficial. The song is a worship song which will get you worshiping in God’s presence.