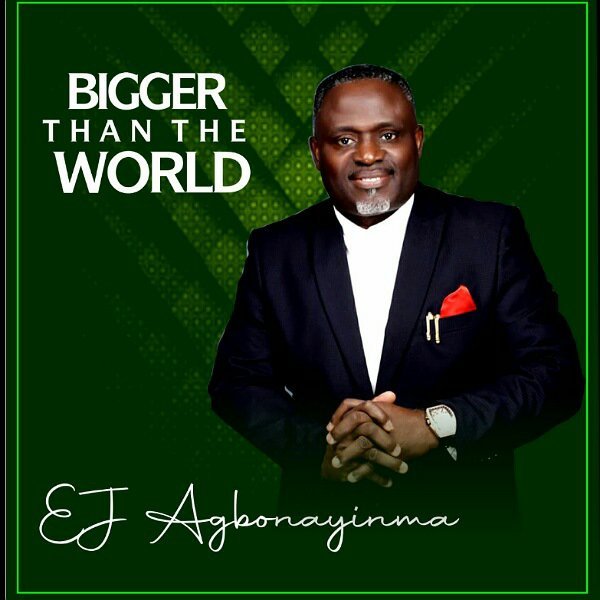 After his Primary and Secondary School Education, he relocated to the United States where he spent three decades before returning to his mother land and serve the Country as a member of Federal House of Representatives in the 8th Assembly – NASS.

He just released his hit single titled “Bigger than the world” produced by Mekoyo.EJ Agbonayinma was the very first singer to release Reggae Gospel Songs in 1990 and sing inside the Church.

The Late Pastor John Osten of Lakewood Church, Houston Texas and Late Archbishop Benson Idahosa of Church of God Mission International both of blessed memories opened their doors for me when many Pastors turned their back on me at a time.

Thank you Mr Siron Kyle’s, Richard Izevbigie and Usman Raji for your Support. I must not also fail to mention Rev Dr. Omobude of Covenant Church, Dr. Mathew Ogbonmwan of Christ Apostolic Church of God International and our late father Apostol Dr. Ogbonmwan for their love and supports. EJ loves Praise and Worship, and he loves God. He has appeared on National TV both in USA and Nigeria.

Our God is bigger than your problem,
Whatever problems you have today,
Our God is able to set you free.
Lift up your hands and praise him,
He’s always there for you.

Connect with EJ on Social media: