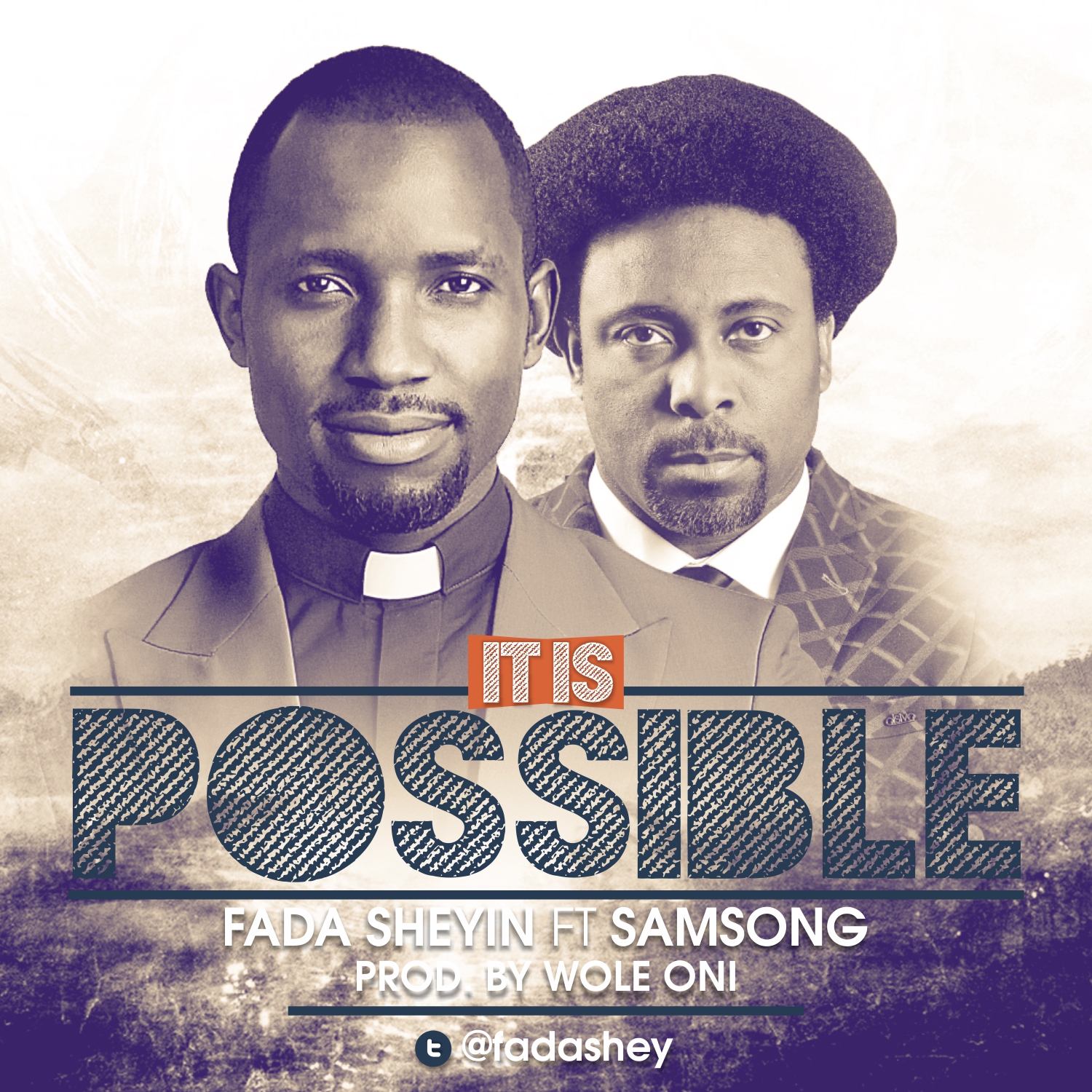 Priest and Gospel singer Fada Sheyin makes an
indelible print on the sand
of time with the official release of the single “It Is
Possible”
featuring Gospel sensation Samsong *alongside a
bonus – “Yabo” which also features another Gospel music heavyweight
*Solomon Lange.

Inspiring and creatively delivered, “It Is Possible”
featuring Samsong
is the title song for Fada Sheyin’s album released
in April 2015. Fada
Sheyin says the song tells his story and could also
be the story of anyone because amidst the vicissitudes of life, God always
has an ultimate purpose
for us and He is always able to make this possible –
with God all things
are possible.

“Yabo”, rendered in Hausa and English, is a song
of praise eulogizing the
Most High. Featuring Solomon Lange, the
aesthetical excellence and virtue
that characterize the song is unequivocal.

From the Southern part of Kaduna State, Fada
Sheyin was ordained for the
Metropolitan Archdiocese of Abuja on 5th of
February 2014 and presently
works in Holy Cross Catholic Church, Gwarinpa,
Abuja. He became active in music in 2009 and dropped his first album titled*
“It is Possible”* on the
14th of April, 2015. The album features artistes
including* Samsong,
Solomon Lange, Henrisoul, Temple, Ify Benson,
Donsam* amongst others and he also worked with renowned producers such as
Wole Oni, Niyi P, T-Klex and
Donsam.

He has finalized work with music director**
Unlimited LA for the video
of **“It Is Possible” **and it is set for a release date
in November. **“It
Is Possible” was produced by award winning
producer Wole Oni who produced other works on the album as well while “Yabo” **was produced by
T-Klex.