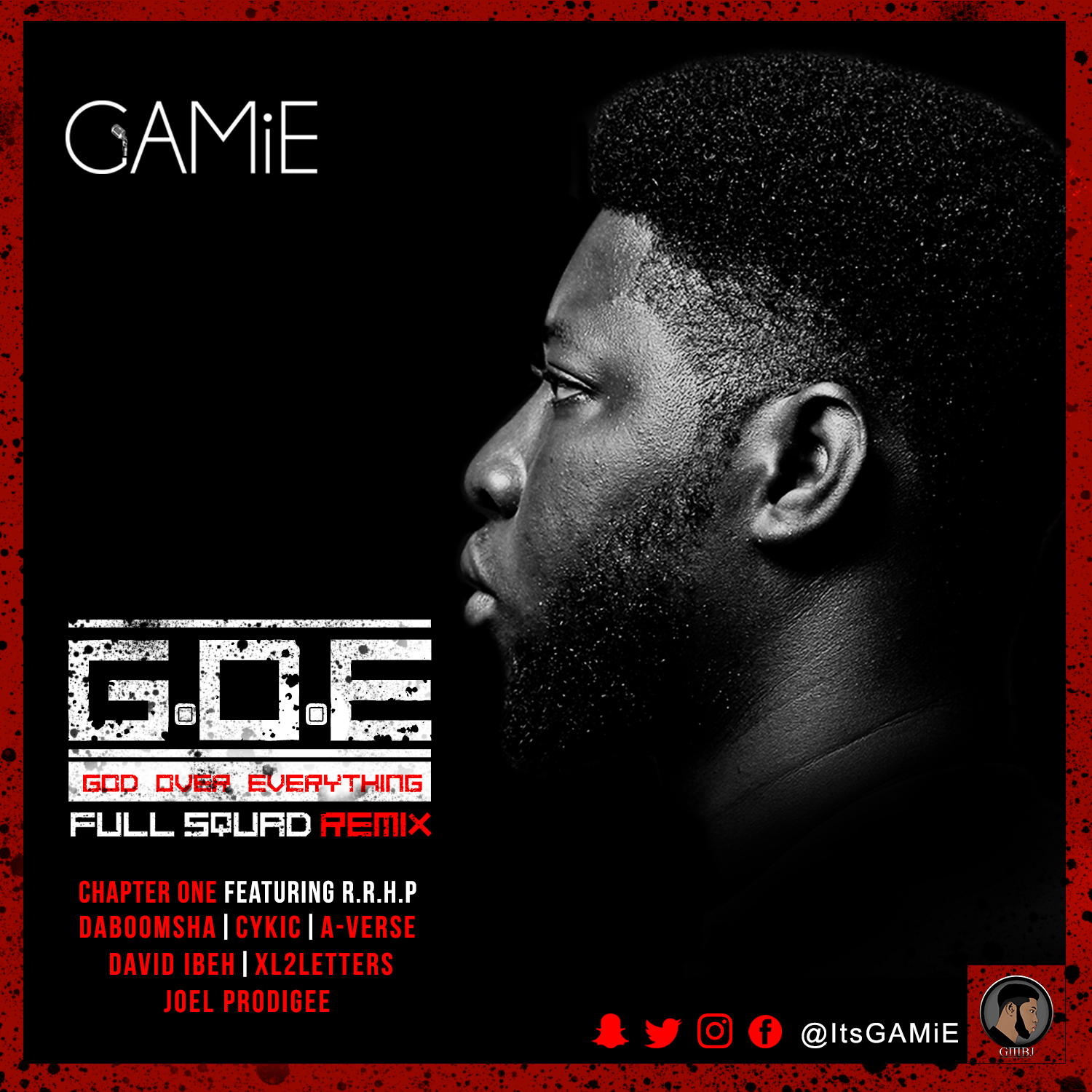 G.O.E (God Over Everything) Full Squad Remix is a
collection of various
remix versions.

This project spans from its original release on T.T.S.S
(Thinker Tailor
Soldier Spy) album, a poetry in motion classic by
GAMiE, released in
October 2015.

A platform for creativity and expression founded
by GAMiE in 2012. Its
members include Boomsha

GAMiE is a multi talented artiste, producer and
creative director who
recently released two albums Beyond Words and
T.T.S.S (Thinker Tailor
Soldier Spy). He also hosted the OUTSIDER TAPE. A
10 track album by Misfit (David Ibeh and Joel Prodigee) with GAMiE
producing 5 tracks on the album.

This track is one of the many remix versions slated
for release in the
second half of this year 2016.