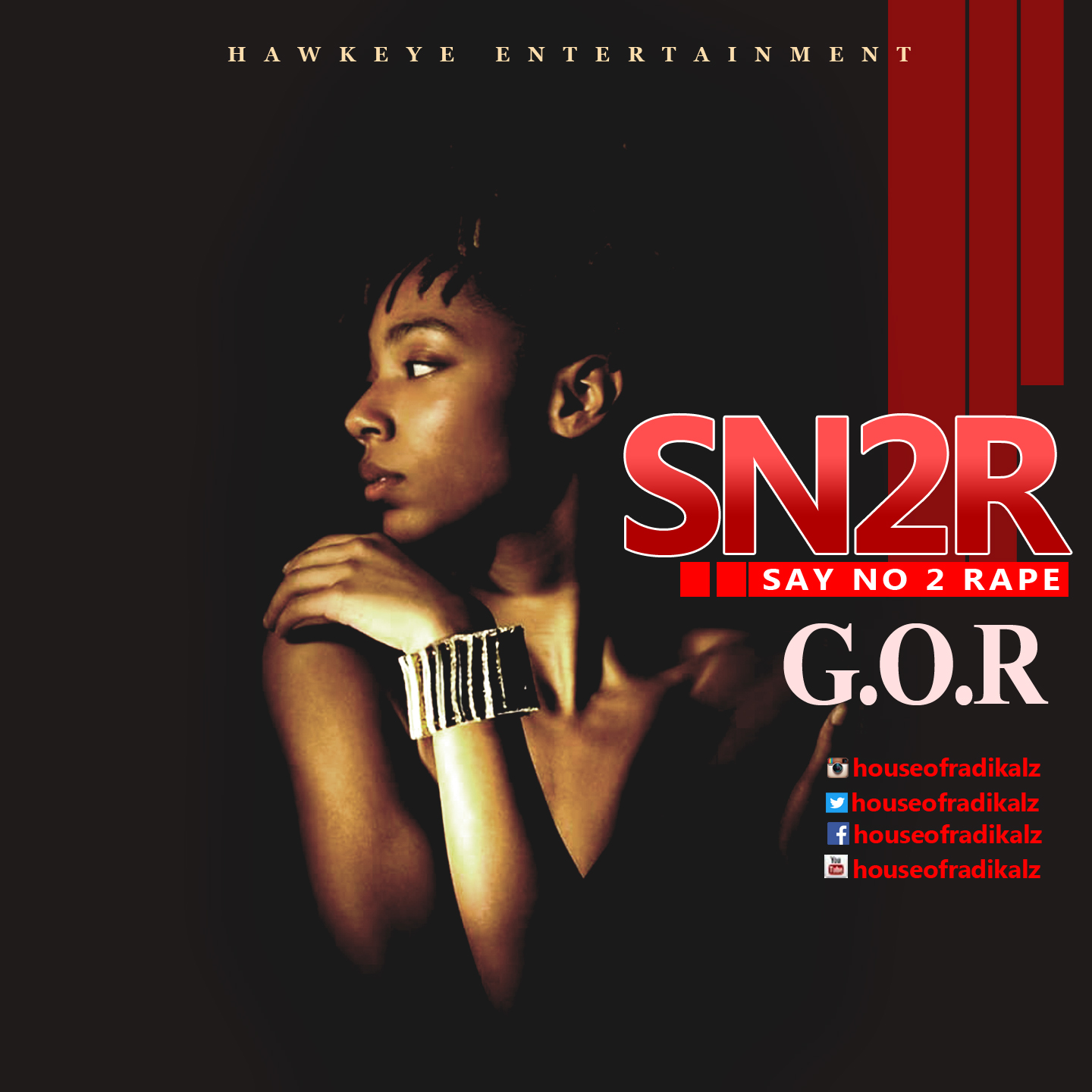 There has been an increase in reports of rape and sexual violence against children. One is confronted
almost on a daily basis with reports of this wicked acts in the media. GOR speaks up against this trend through a song titled SN2R(Say No To Rape).

It is borne out of the belief that the Church can’t afford to bury her head in the sand and ignore issues
such as this. The track is produced by COLDFLAMES and recorded at the 1717 AudioLab with mixing
credits to world class mix master Dr Sankty.

GOR is made up of Donna T and Don Luke Rage. The multiple award nominees ( Crystal Awards, Nigeria Gospel Awards, Mega Awards) and
2014 Nigeria Gospel Music Awards Best Group have two albums, a mixtape and an EP to their credit.
SN2R is the first track off the net project due for release by the duo: THE EX GRATIA EP VOL. 1.