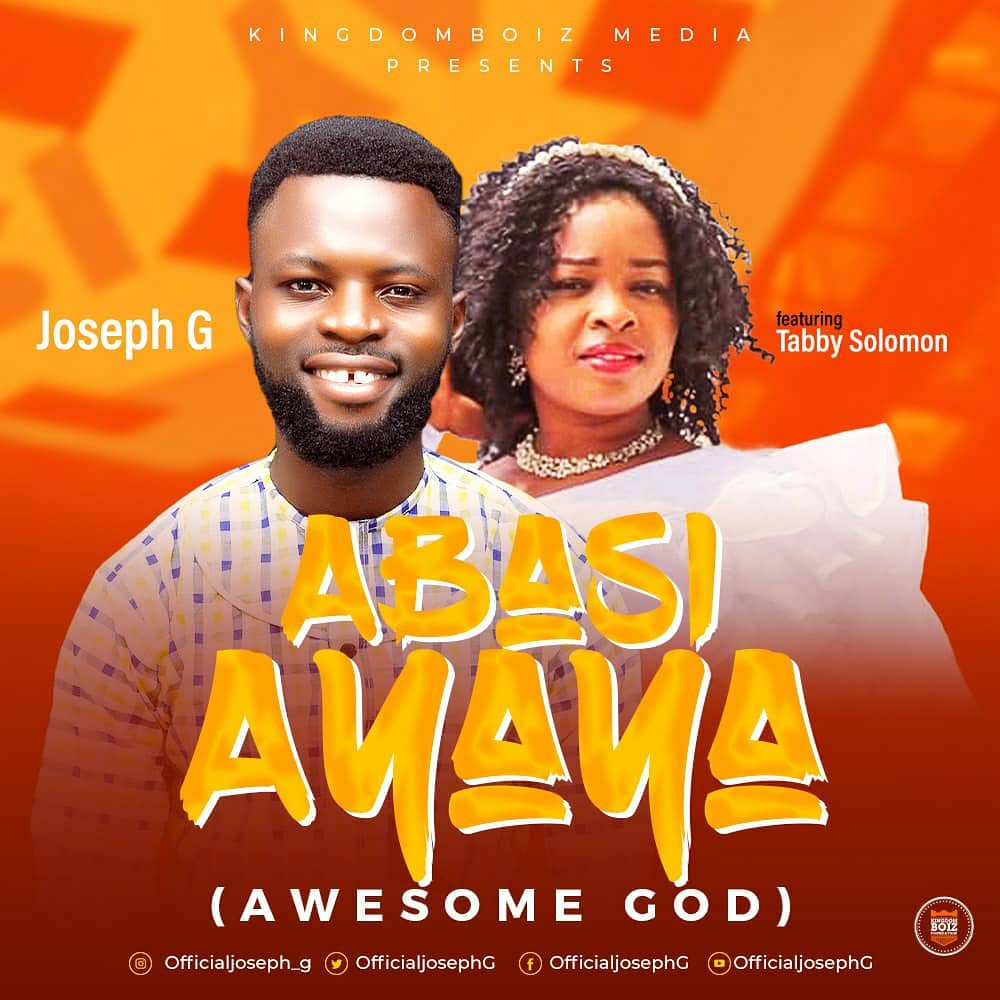 JOSEPH G was born and brought up in Taraba state, he discovered he musical abilities at a tender age of 13 when he started singing in the children’s church choir, his mother and uncle wife were his back bone.

he started learning to write his own lyrics, they weren’t good enough at first, then later he started listing to some top music ministers like Sinach and so on to enhance his lyrics.

JOSEPH G is an amazing praise and worship leader who derives fulfillment in selfless and energetic praise and worship to God Almighty. It has become a lifestyle and he has something unique for the world. Guess what??? It is with great joy that He shares his latest music project titled ABASI AYAYA meaning awesome God in Calabar Language featuring TABBY Solomon after releasing his first song title hallelujah last month guys believe me this song is a boom click on the link below and download while we await for the video

Listen and be blessed 👇