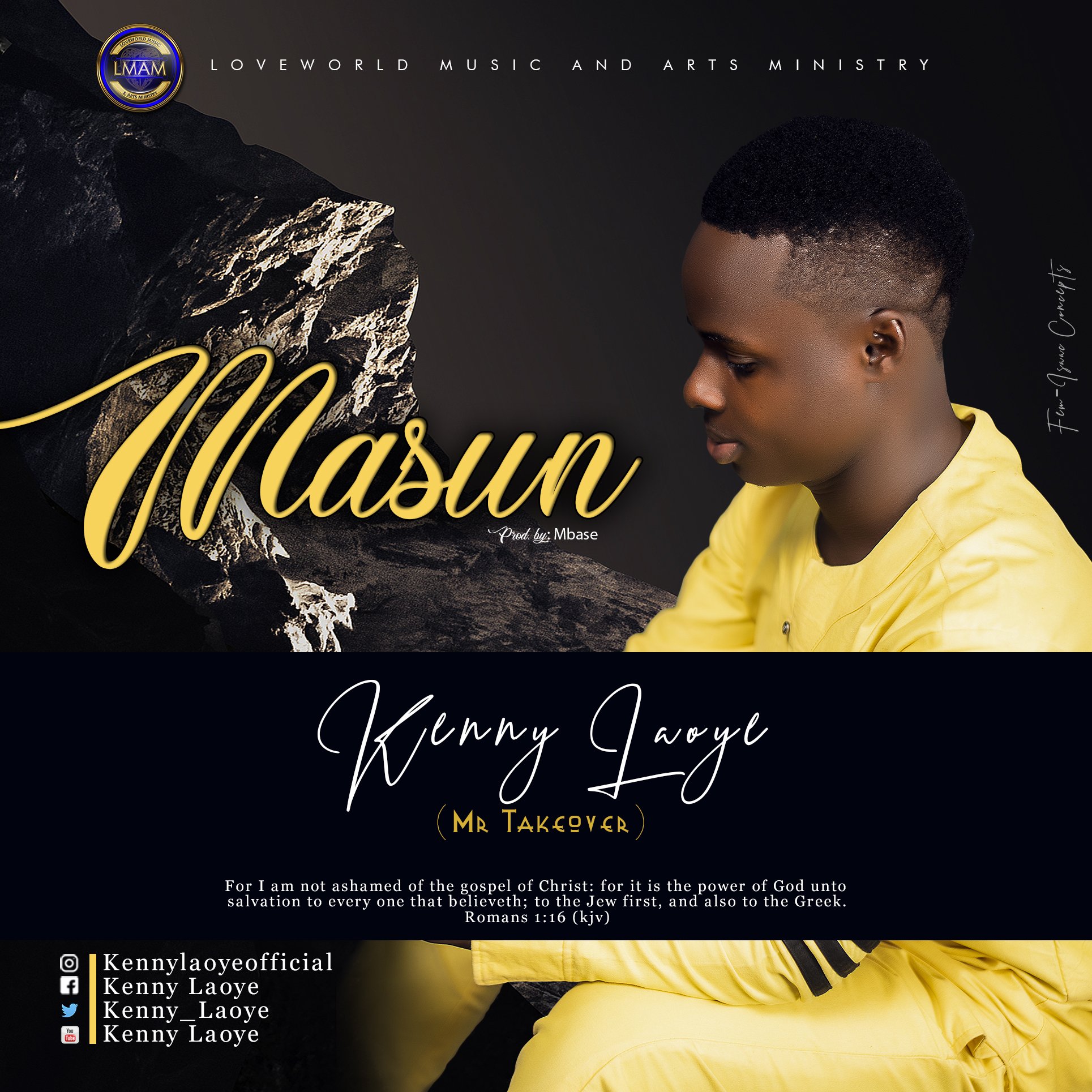 The new release MASUN talks about how vital it is to keep winning souls to Christ as we prepare for rapture.

Kenny Laoye is a Music director in Loveworld and a vital member of Loveworld Music and Arts Ministry.