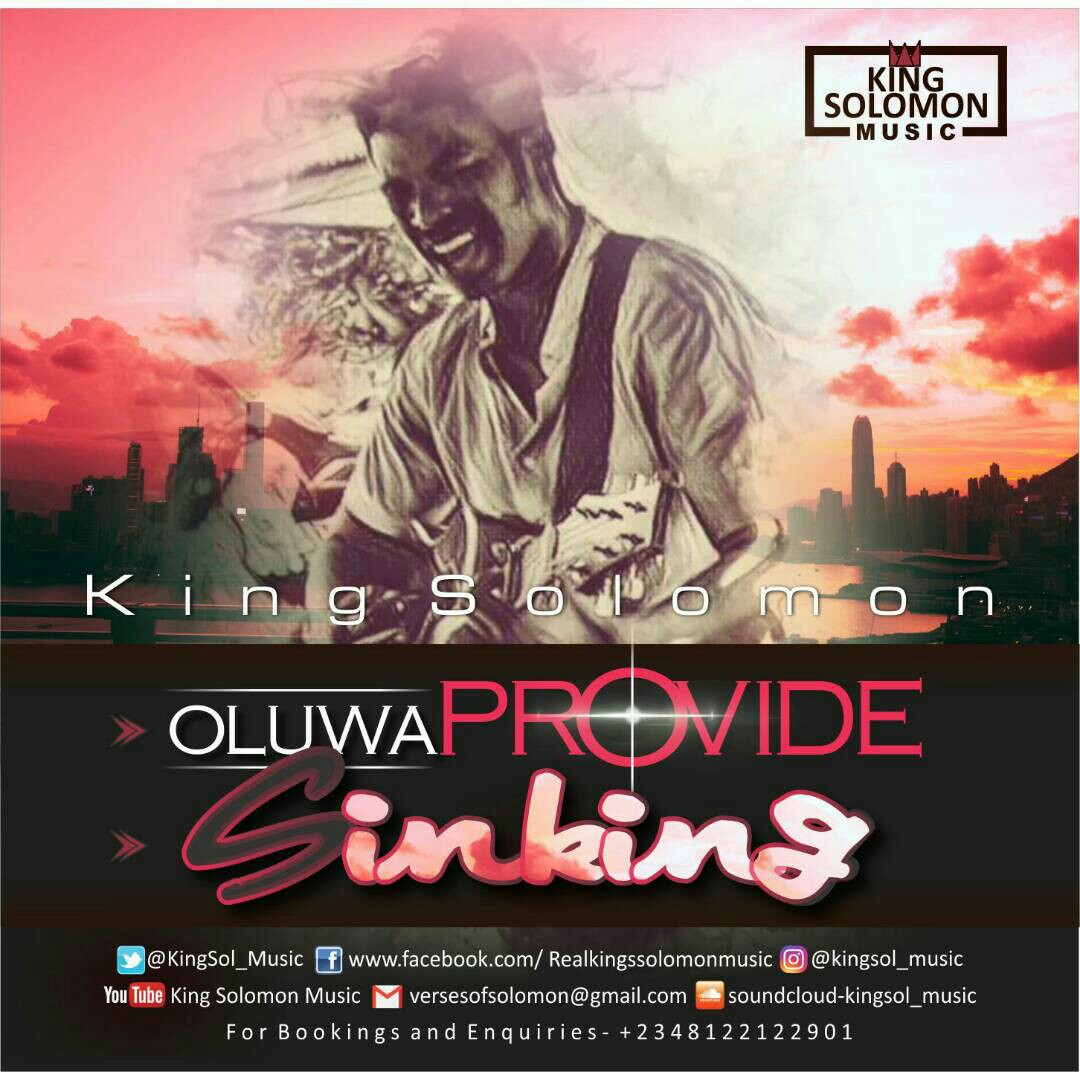 ‘ Oluwa Provide’ is the aftermath of the loss that has been felt after ‘Lullaby’, a song from his soon to be released Album titled ‘Illuminating the Dark’ . Our individual started to stray again due to all the things in his life rising up around him.

The confusion of navigating through the world from ‘Be A Man’ till now is catching up with him, but he’s done the right thing and is reaching out to God, asking for help in dealing with the challenges that face him. He essentially is determined to persevere.

The second debut song ‘Sinking’ directly follows ‘Everybody Cries’, (another message carrying song from his album) for obvious reasons, our individual has been overwhelmed and does not know where to go or what to do. He practically contemplates suicide. He is depressed, and anger and resentment are beginning to boil to the surface.

The Lord tries to reach out to him and pull him back above the waves of emotion, but he’s too far gone. He begins to reconsider, asking God to take control, but he falters and is pulled under nonetheless.