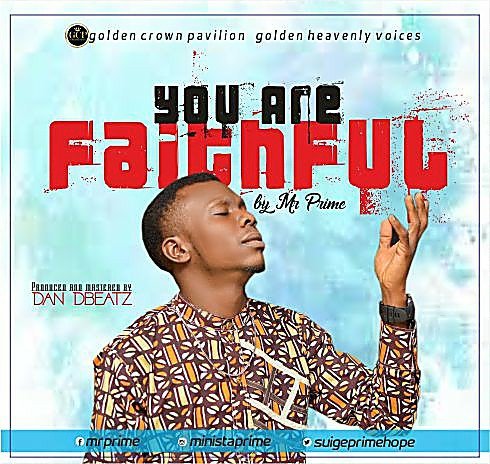 Fast rising artiste, song writer and singer, ‘Odoko Iphieroho Hope‘ professionally known as ‘Mr Prime‘ releases this powerful worship song titled ‘You Are Faithful‘, where he thanked and appreciated God for His faithfulness and love towards him.

He released his first gospel track titled ‘Need You More’ where he made his debut in the gospel music industry. Later on, during February, 2020, he released a powerful song he titled ‘Too Much Love’ which got his fans and the general public amazed at his musical work.