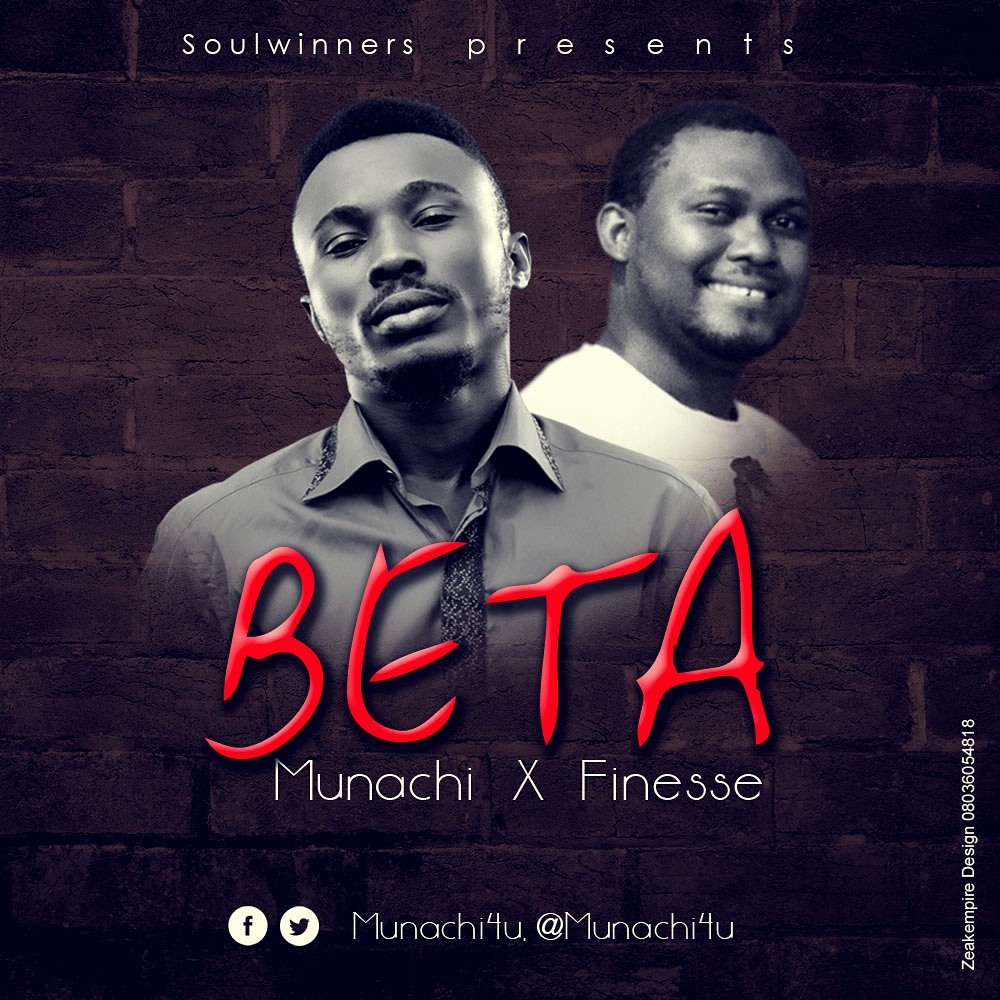 Urban Gospel artiste Munachi hits back with another single titled Beta, a metaphor that suggests a more developed stage in the process of
growth. He established his affiliation with the Soul Winners last year when he released the single Ikem, Munachi who has been walking on his new album and videos with prolific producer Dr Finesse makes a statement with “Beta” for his 2016 debut.

BETA is off the Urban Gospel artiste new album
titled The Arrival and it is due for release soon. Munachi in time past has released singles
including Authority, Chimsom, Onye Na Dum Ije, Onye Mmeri and more.