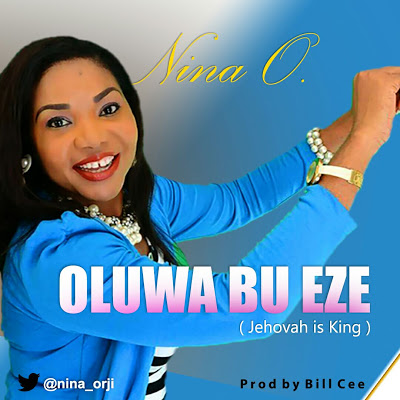 Nina Orji is an anointed, stylish gospel music minister, an empowerment
ambassador who does motivational
speaking alongside music to help people
discover and maximize their God given
potentials.

This beautiful gospel sensation and
empowerment ambassador is so
passionate about humans that she finds
her satisfaction in impacting, transforming,
encouraging, inspiring and motivating
men and giving hope to the hopeless, which is one reason she takes her music to
the people on the open street.

”Nina O” as she is fondly called by her
friends and fans has previously released
some music and motivational tonics in the
open market and internet. To mention, are
her album; ”Your Majesty”, some singles
and videos on YouTube. With her recent Vanguard press release on the 7th of May
2016, where she revealed her vision and
mission statement, you can tell that Nina is
a coming impacting influence in this
generation.

Her latest single titled “Oluwa Bu Eze” meaning [Jehovah is King] it’s a reminder
of the awesomeness of God in people’s
lives, despite challenges and the storm’s of
life. It’s thanksgiving, It’s gratitude to the
father of all things who is always there
even when there’s no one else, this song is from Heaven. A song that immediately
turned a young man’s life to repentance
and gave his life to Christ on hearing it
during production.