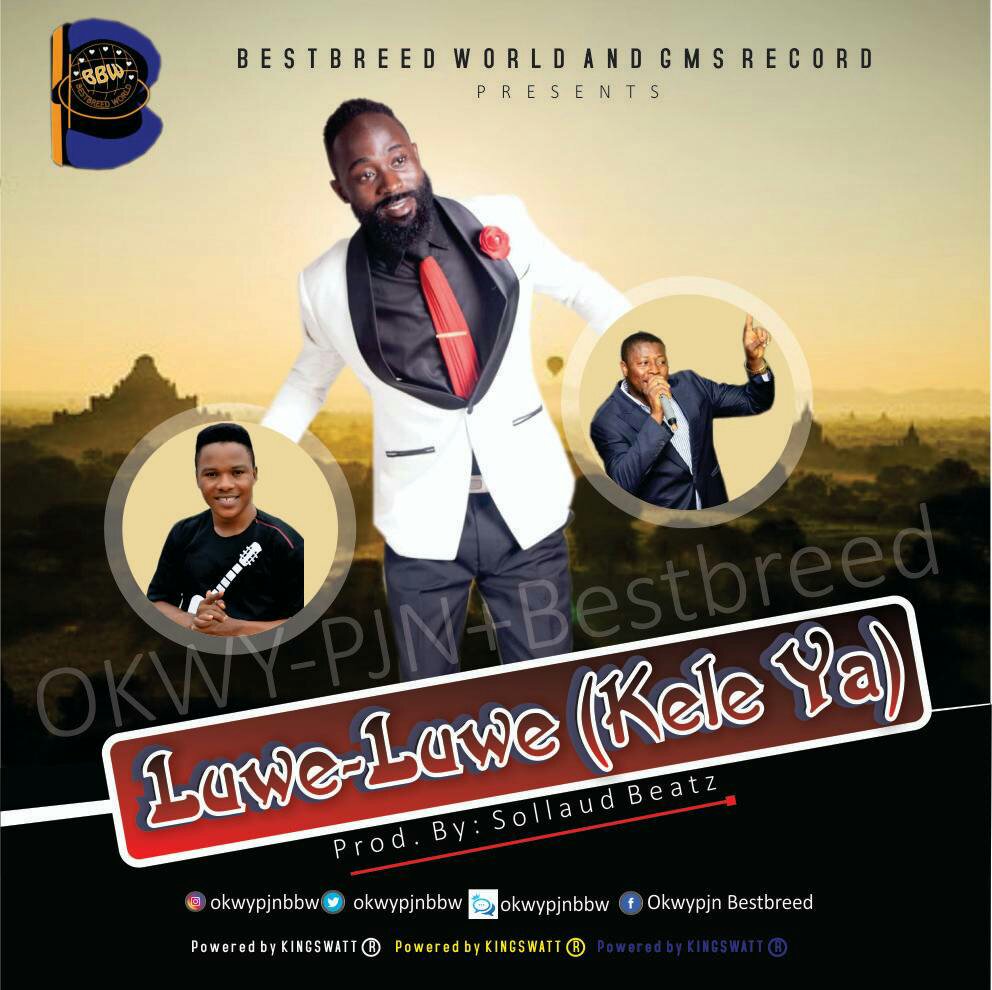 Just after a space of 2 years of dropping his first hit single (EMMANUEL),,Yet here comes another hit single from your one and only OKWY-PJN + BESTBREED ,Titled (LUWE LUWE-KELE YA)as promised,,,Do not be surprised on how this is beign done because my (ZONAL DIRECTOR,,MY man of God,, Pastor Femi Otenigbagbe has set me on a Speed controlled by the holy ghost for great accomplishment in God’s kingdom through a prophetic declaration,,,early this month he declared that the way God’s Spirit caused prophet Elijah’s Chariot to over take King Ahab,,So shall God’s Spirit do in and for me

OKWY-PJN is a member of Loveworld music and art in believers loveworld aka Christ Embassy,,, Okwy-pjn whose full name is Okwudili Nathan Nnoruka from Ichi town in Ekwusigo LGA of Anambra State,,, is the president and founder of “Bestbreed world” an ngo that’s dedicated to raising Gospel superstars for God’s kingdom,,he is also the CEO of GMS records,,,he is a preacher,,a singer and a prolific song writer who has written above 500 Gospel songs and an actor,,, Currently Bestbreed world has only 2 top functional members ( Henry Ochei- Hpro and Justin King) LUWE LUWE- KELE YA- is also a song inspired by the holy ghost as a result of my day to day walk and fellowship with God both through prayers and meditation on God’s word,,,This is a song of gratitude to God for all he’s done and for all he is doing and yet to do for me and my entire households,,,

It’s a song that I also specially dedicate to the birthday celebration of a best and special friend whose birthday is today at the person of PRINCESS OMA CEE NEE,,,,,,& LUWE LUWE simply means,,,(Praise the Lord)This a song that will stir up in you the desire to praise and dance to God’s glory and will cause you to want to dance to God’s glory till eternity comes,,,stay blessed as you listen to this powerful song as produced by Sollaud beatz in Jesus name