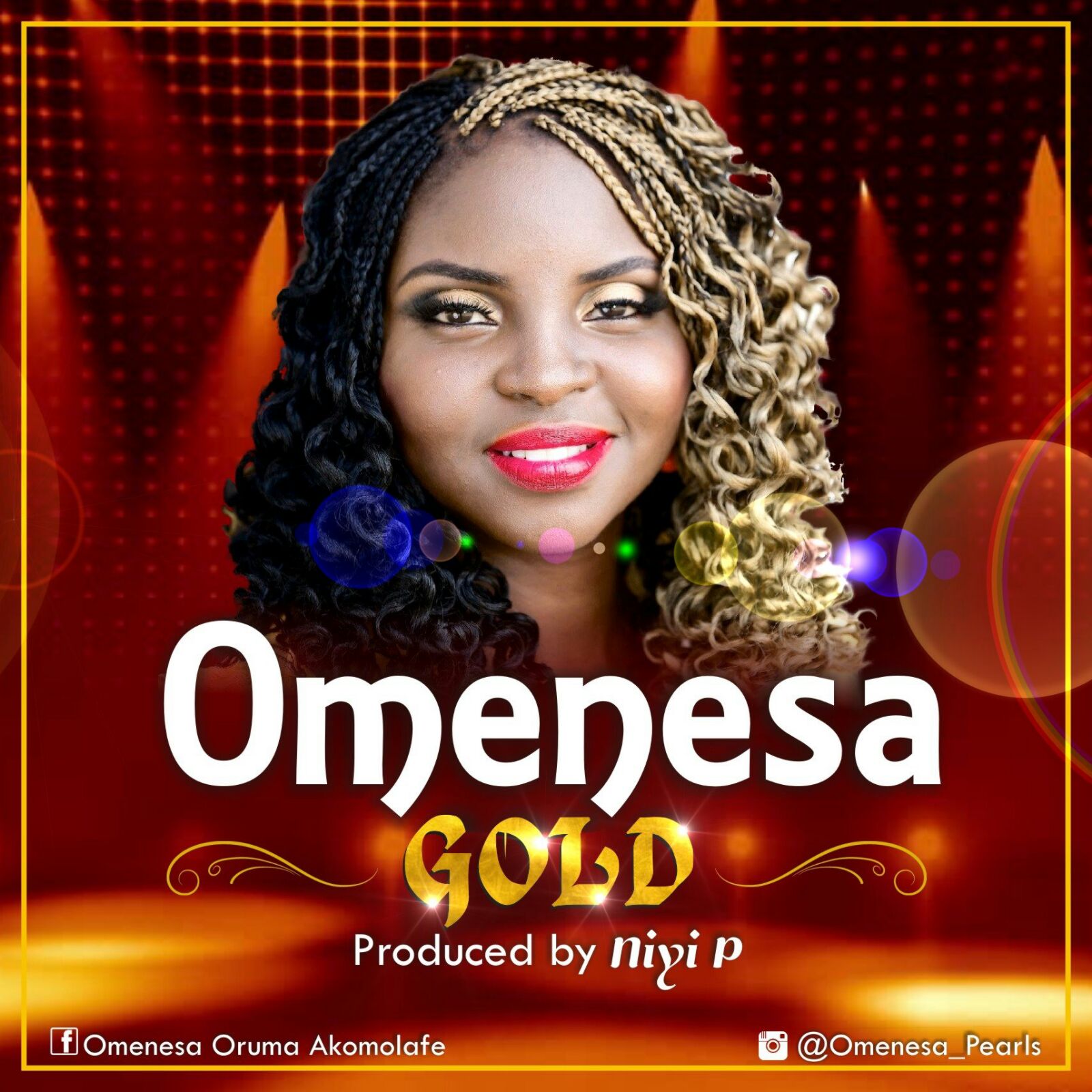 OMENESA is no first timer as she brings this lovely
visual “Gold”. After
her exhilarating ministration on the Impact
Network on The Bobby Jones Show
in Nashville TN, her ministry hit a bar, that has kept
her itinerary busy. The Music Video to GOLD releases today along with
the Mp3 version, which
was directed by her husband, Niyi Akomolafe (Aka:
El-gibbor), President of
Nibbor Productions. Gold was produced
byNigeria’s Finest Producer: Niyi P.

This Singer/Preacher has set a mark with her new
song : GOLD. She said , “I
wrote GOLD at one of my Dad’s services, during the
altar call. I’m called
to emotional healing. I have a prophetic word for
this pained generation. There is a phrase in the song that states,

OMENESA (Oruma Akomolafe, Aka: Lady O) is a
resounding name in the Gospel
Music Industry. As she struggled many upheavals
in her life (Armed Robbery,
Mental Abuse, Miscarriage, Anxieties and
Depression), she wrote this song in her FIGHT for life, as a message to everyone “Life
happens, but how you
respond to it is what matters. I have fought the
battles of life, and I
came out stronger.” Her new song “Gold” is a
reminder to her audience that the fire does not burn, it only refines. Her Mentor,
Sam Oye made that
statement.  She purposely released this song today
(June 20) as it is her
Dad’s Birthday (Bishop Ben Oruma). ” I have seen
my dad stand in the midst of the fires of life. He came out with smoke, but he
never got burned. He
was so upset that the release date would be  so far
from when I recorded
it. He said ‘ It is a Hit’. He is my Hero and I dedicate
this song to him.” I also dedicate this song to Apostle Gift
Uwubanmwen of South Africa. This
is one Pastor who heard me sing ‘Gold’ LIVE in a
Conference in Yenegoa,
Nigeria and insisted I record it. Hence, you have it
today.”

Currently residing in New York City, USA, with a
global mandate to heal the
sick and raise the dead through her anointed voice.
She is known for her
passion in delivery, and contute range. Being a
survivor of an 18 hour Scoliosis Surgery, abuse in her early teenage and
adult years, police
brutality, a miscarriage, and years and years of
private pain, OMENESA
harbored this message after she too went through
the fire… YOU ARE COMING OUT GOLD