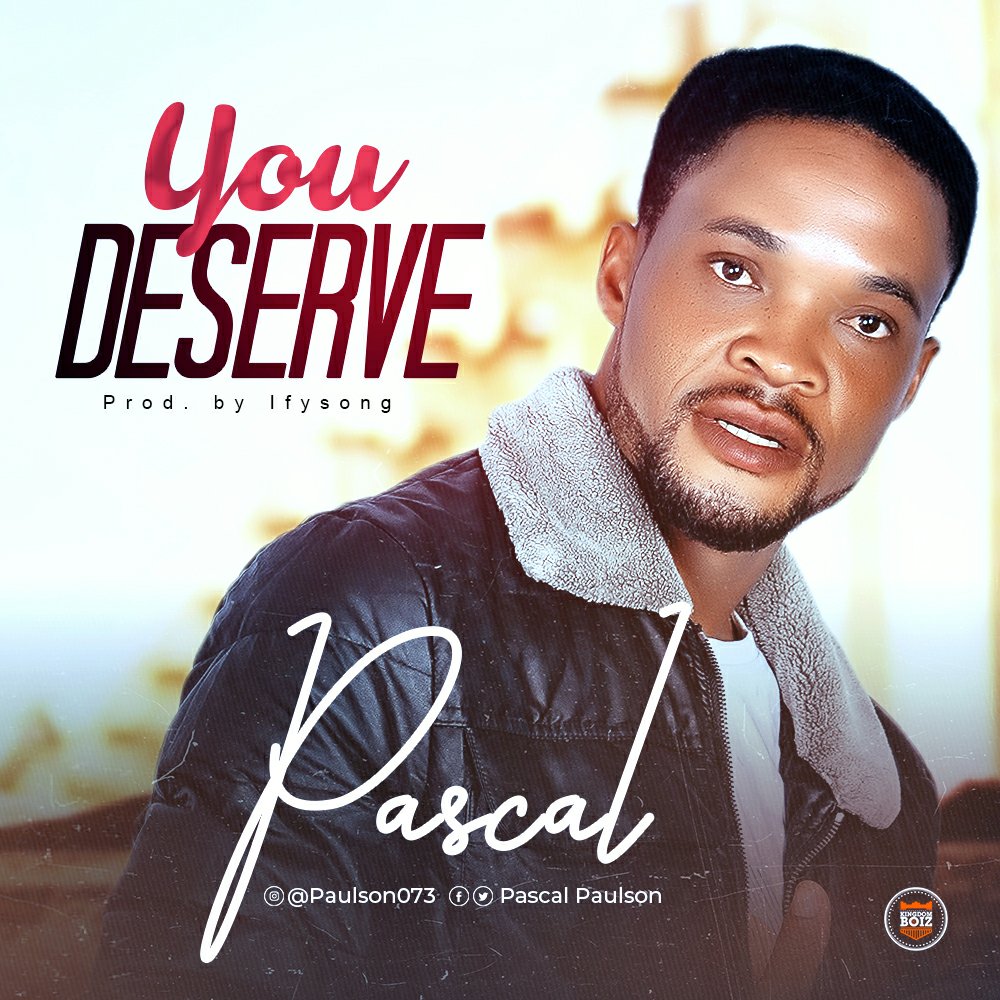 A Nigerian, Lagos base songwriter and minister of the gospel who gained success with a style of praise & worship song that hewed closely to the words of the Bible, Pascal Paulson was working in the field by the early 90s.

He grew up in Taraba state then attended Government science secondary school Gembu, where his musical talents first bloomed. During the late 2000s and he was a member of the sardauna mass choir where he was first playing piano but later adding singing n acoustic guitar to his arrangement

He continued in his carrier in music in 2018 he recorded an album tittle Irreplaceable God.

He is here again with another heartfelt worship song. You Deserve