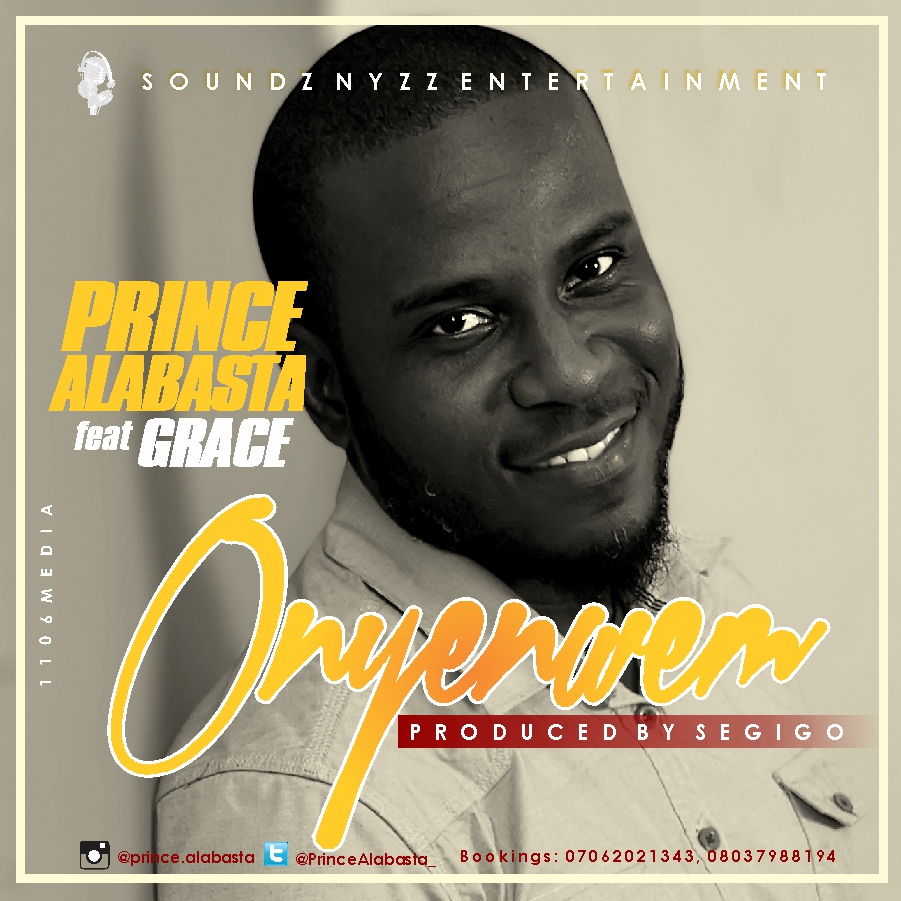 Princewill Nwaorgu a.k.a Prince Alabasta is the Co – Founder of Soundz Nyzz
Entertainment. He is a dynamic worshipper
with an undeniable anointing and a unique
access through songs to God. He is a loving
husband, Father, Prolific Songwriter, Artiste,
Praise Leader and also a Minister at his Local Church in Lagos. Over the years, he has been
doing well in spreading the word of God
through his unique style of music. One of his
popular songs is “Unstoppable” which was on his debut Album “Defined” that was launched in 2010. He released a power
packed and anointed Praise Single titled “He
Reigns” in December 2015 that blessed a
whole lots of listeners, now, here is another
fresh worship single from Prince Alabaster
titled “Onyenwem” produced by Segigo. In this new single Prince Alabasta features Grace
– a lady with an anointed and a golden voice.

“Onyenwem” literally means (He Who Owns Me).This is a song that is set to take you to a
place of Total Surrender