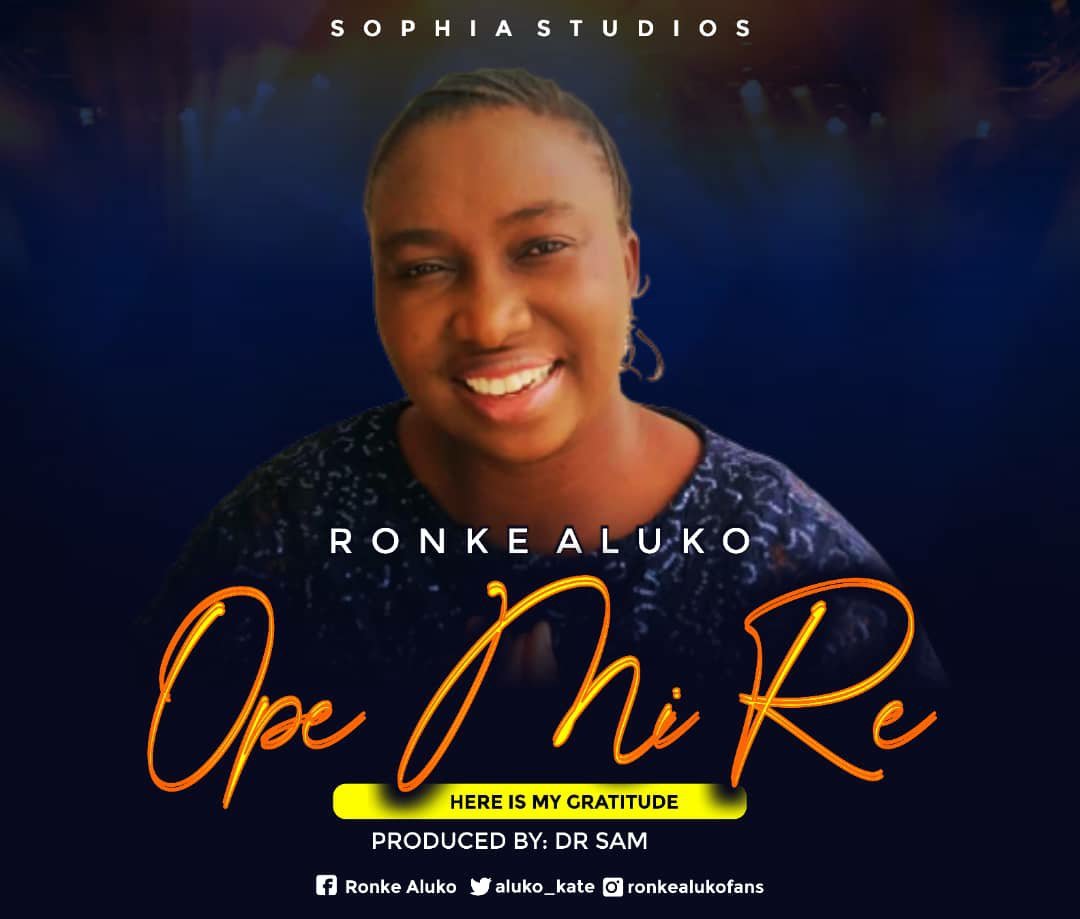 ‘Ope mi re’ was composed by her husband Engr. Oluwatobi Aluko, is a song born from a deeper level of worship of ‘The Lover of our soul’ ‘The Lion and the king’ clothed in majesty, who every tongue and tribe will praise from eternity to eternity, singing ‘halelujah to Him alone. Is a song that creates in us a nostalgic and anticipated feeling of what we will experience in heaven.

Ronke Aluko, by God’s grace, has been a music minister and Xylophonist for over a decade. She has performed on several platforms in Bayelsa, Kwara, Ondo, Ekiti, and Lagos state, and she has recently ministered, with her crew both in voice and xylophone in Iseoluwa Benefit Concert at Eko Hotel & Suite Lagos, Nigeria, on the same stage with great music ministers like Tope Alabi, BJ Sax, Mike Abdul, Mercy Chinwo, Tim Godfrey, Laolu Gbenjo and Iseoluwa.

She was a recording artist with Wole Oni (Yamaha Ambassador) and had many xylophone skits on Facebook, with one of them trending recently and having 60k views.

Once a member of Kingdom Minstrel for Christ (KMC) and Gold heart mission (GHM) in Ilorin. Member, RCCG National Praise Team. She has been interviewed on ‘Agogo Ayo,’ an African Magic program in South Africa, 2016. Also, in Orisun TV, Lagos, 2013. By God’s grace, her ministry in churches has been on xylophone and songs. A percussionist per excellence, but significant in voice, xylophone and drums, with many certifications from Associated Board of Royal School of Music (ABRSM), London. A graduate of MUSON School of Music, Lagos Nigeria. Holds B.Sc. in Business Administration from the University of Ilorin. PGD & Masters in Music Education from the University of Lagos, Nigeria. Head of Percussion and music instructor at Masha Music Academy, Lekki Lagos. Married to Engr. Tobi Aluko blessed with children.