DOWNLOAD Music: Shozy Praiz – He Has Never Failed Me 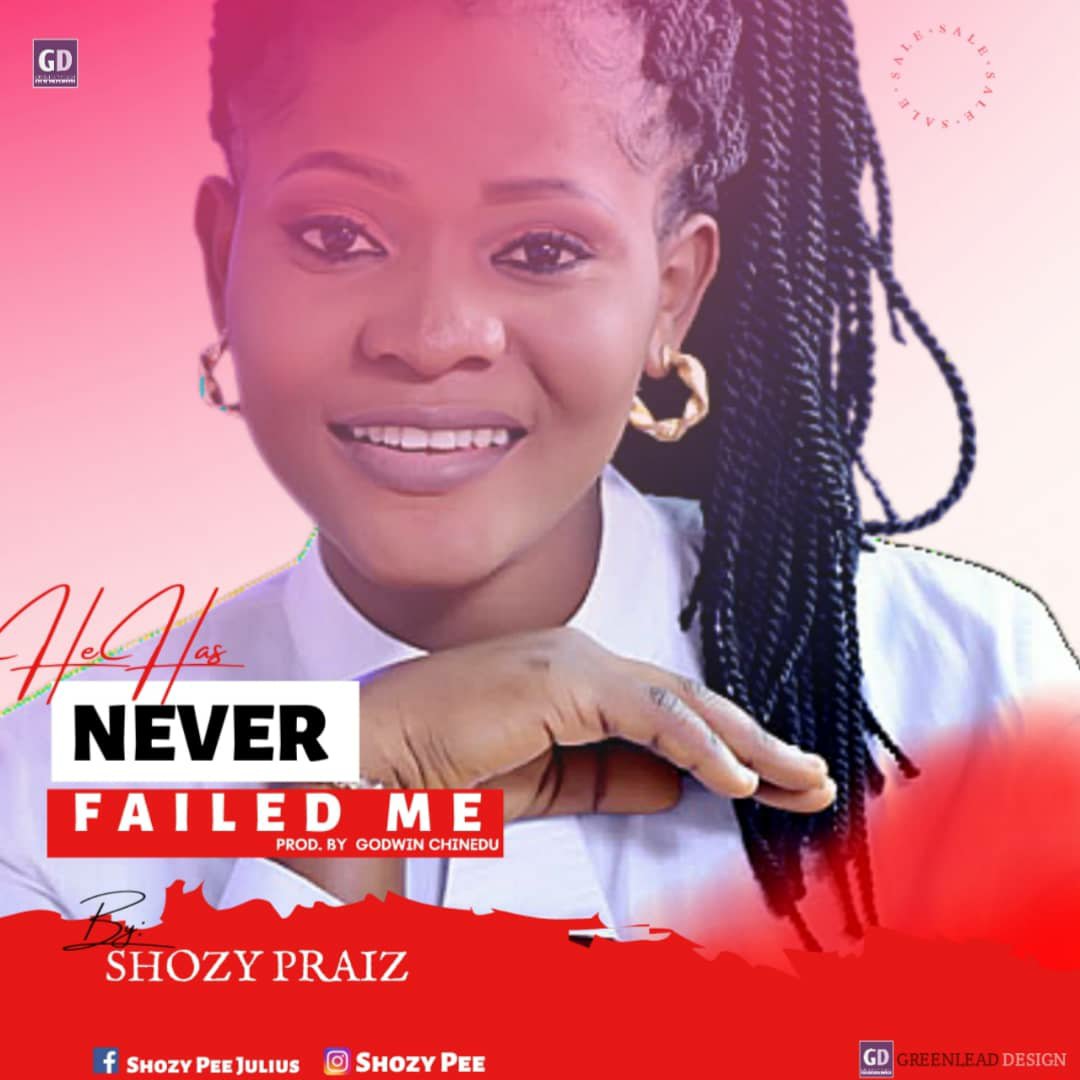 Igharo Olushola Peace, popularly known as shozy Praiz, was born on August 01 1991. She is from Edo state Nigeria.

Shozy praiz is a talented Gospel musician, a songwriter and a music director. She is from a family of eight
Shozy praiz began her musical career at a very young age.

She was inspired by her late father, who was himself a talented musician and always encouraged her Never to relent. He sponsored her first album of 8tracks in 2012 and also the second of “Two chains of 13 songs” in 2017.
She has written more than 100 songs