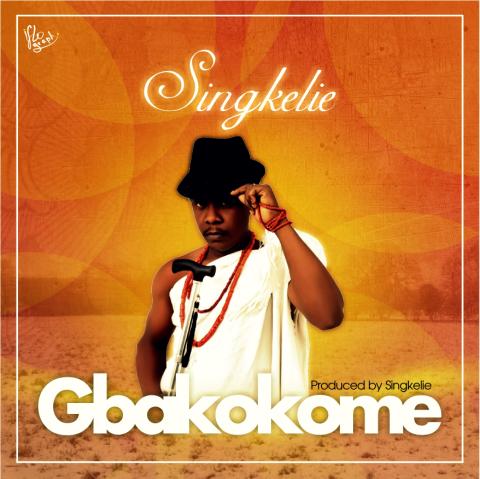 After closing 2015 with the success of his previous
single Idi Egwu which
featured Propane of CIA. Singer and producer Ekele
Ekpu popularly known as
‘Singkelie,’ is back with another offering to kick
start the new year. This excellently produced song with nice percussions
and well delivered vocals
from a dialect in the Ika speaking part of Delta State
will leave this tune
on the lips of many for years. This song was
written, arranged, produced and performed by Singkelie in Singkelie’s Music
Place, and he titles this
one ‘Gbakokome’. Enjoy