DOWNLOAD Music: T Real – My Other Side (ft. Prychi) 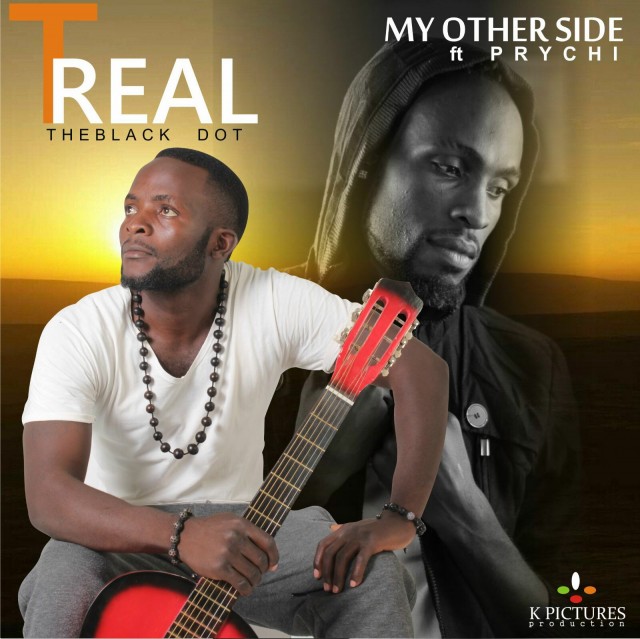 Thomas Mwale alias T-Real The Blackdot is a Zambian born singer and songwriter born second
in the family of 6.
Thomas is A down to earth human being who came
from dust and ashes and understands what lacking
is says that he has nothing to brag about except
the fact that he knows Jesus died for him, cleansed him from his sins and gave him a new life. His
passion for music was sparked at a very young
age. He says he cannot specifically pin point the
exact age as he was very young to remember, but
says that music has always been in him. He says
every person has something that inspires them and for him, in music is
His shortlist Pompi, Magg44, Abel Chungu, Tio and
T-born as major influences in his music career.
In 2008, after giving his life to the God, he recorded
his first song called “Lord forgive me” which was
recorded by Rick Kay under Strong Beats Records that same year. From then on, the rest is, well, the
rest is still unfolding. He says in light of all of this, his
aim is to spread the word of God and to win lost
souls.