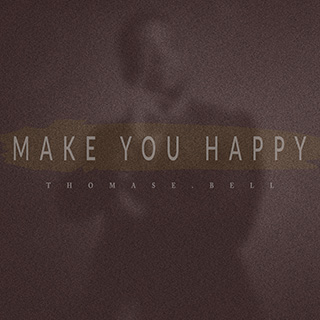 “All I want to do is touch the hearts of Gods people and draw them to God so that they can come to know Him the way that I know Him. It’s Jesus over Everything.”

Thomas E. Bell the singer, songwriter and producer from Columbia, South Carolina with influences like Mercy Me, Steven Curtis Chapman, Kirk Franklin, Hillsong and Israel Houghton, just to name a few. When you listen to the music of Thomas E. Bell’s you can hear his influence’s, as the music he delivers to the audience is a fusion of traditional gospel with a mix of pop, rhythm and praise and some hip-hop driven sounds.

Growing up in a strict Christian home, the only music allowed in the household was, gospel music. Music from singers such as Shirley Ceasar, John P. Kee, Edwin Hawkins and James Moore resonated throughout the home thus stirring up something within young Thomas. As a result at the age of 12 Thomas E. Bell the singer was born.

However growing up in a household where the only music heard was gospel Thomas did not know the sounds and feels of other genres and as a result, when Thomas entered high school he was introduced to a sound of music new to him, R&B. At the age of 16 Thomas joined an R&B group and began singing and writing R&B songs. Yet, the more R&B songs he wrote and sung the more of a pull and emptiness he felt in his spirit and as a result, at the age of 21, Thomas quit singing and writing R&B and went back to his gospel roots.

Thomas understood and knew that there was a greater calling on his life and that was to please God. Out of this new found passion for God, Thomas promised to put God over everything. And with this new zeal for Christ, Thomas brand new single “Jesus Over Everything” was born. A testament and reminder to all that Jesus name still reigns supreme. This high energy track declares to the world that Jesus name is above ever other name and there is nobody that his place. Thomas E. Bell is preparing his new album that will showcase his love for Christ while fusing together the sounds which influenced him