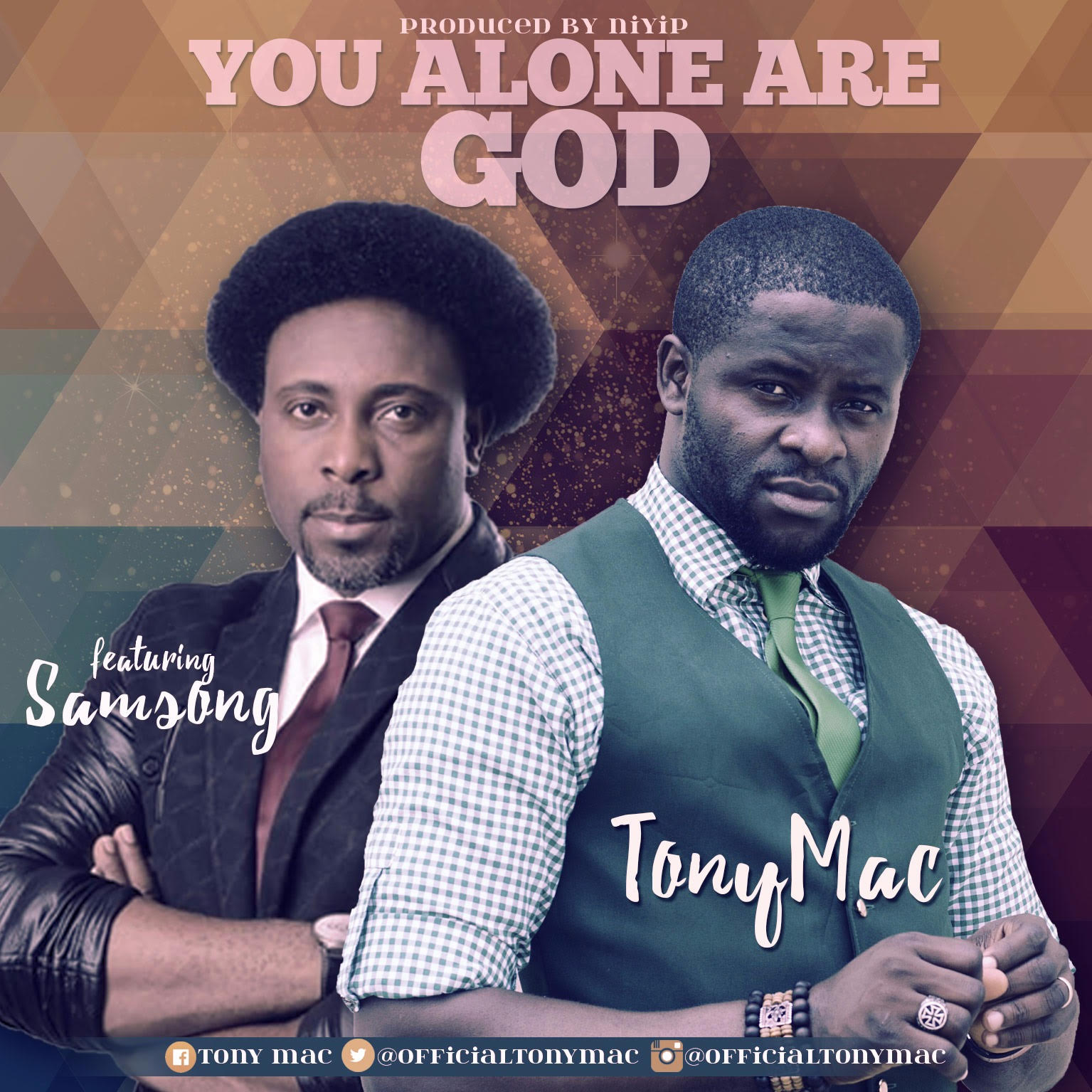 Tony Mac may be a new name to you but he is not new to Gospel music. He started singing in 1992, and made his first public appearance in 1994 as a choir member in Praise Chapel Kaduna under the ministry of Bishop Fred Addo.

TonyMac later joined an Acapella group in Kaduna and travelled across Nigeria singing with them for many years before relocating to Port Harcourt city.

In port Harcourt, Tony Mac joined another group called NUMEN. They released an album in early 2006.

After that, Tony Mac decided to go solo and released his first album titled No More Limits in 2012, followed by a second album in 2014 tilted Moving Forward. Tony is a seasoned praise & worship leader in his home church.

Tony Mac’s vocal prowess has been recognised far and wide. In this hit single, “You Alone Are God“, he joined forces with international recording artist, Samsong, due for release on Monday 21 November 2016).

Get ready to be blessed!

who can stand in your presence?
You’re a faithful God
Oceans may dry up
Nations rise and fall
But you’ll never change

You alone are God 4x…

You alone are God 4x…

I stand in awe of you
I bask in the glory of your presence
Heaven and earth proclaim
As we call you king of kings
We now our kneels to you
Cus no other God will
You’re the Allah and Omega
You are the first and the last.

You alone are God…