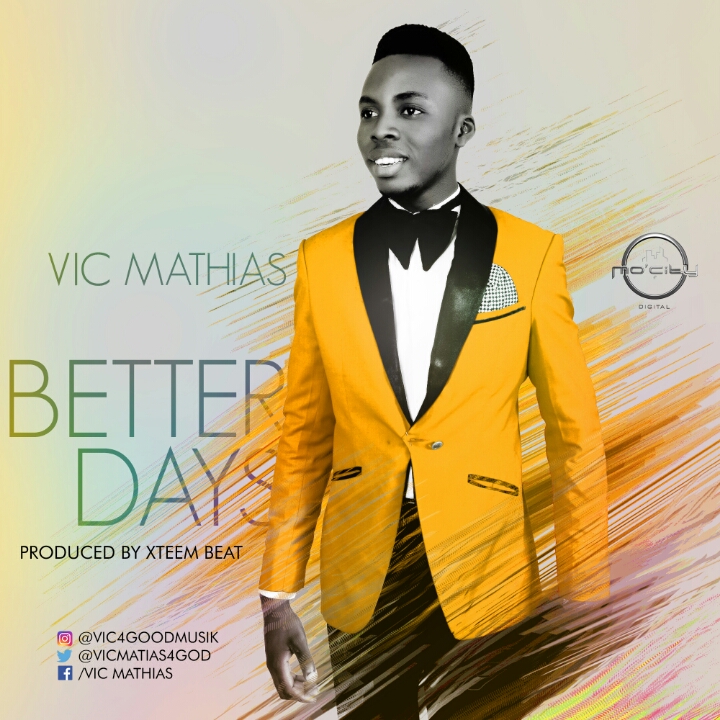 Anambra State .Many calls him the man with a female voice because of his pitch. He is the founder of a music group called exceptional music international , which is home
to young worshipers and recording artists such as Vic Mathias himself,
kellypraiz and xteembeatz (producer) among others. Vic Mathias recorded his first song  titled “Great you are”  in 2015  and now in 2017,

He is out with this beautiful one he titled ”better days” produced by xteembeatz at my-stylez music Studios.