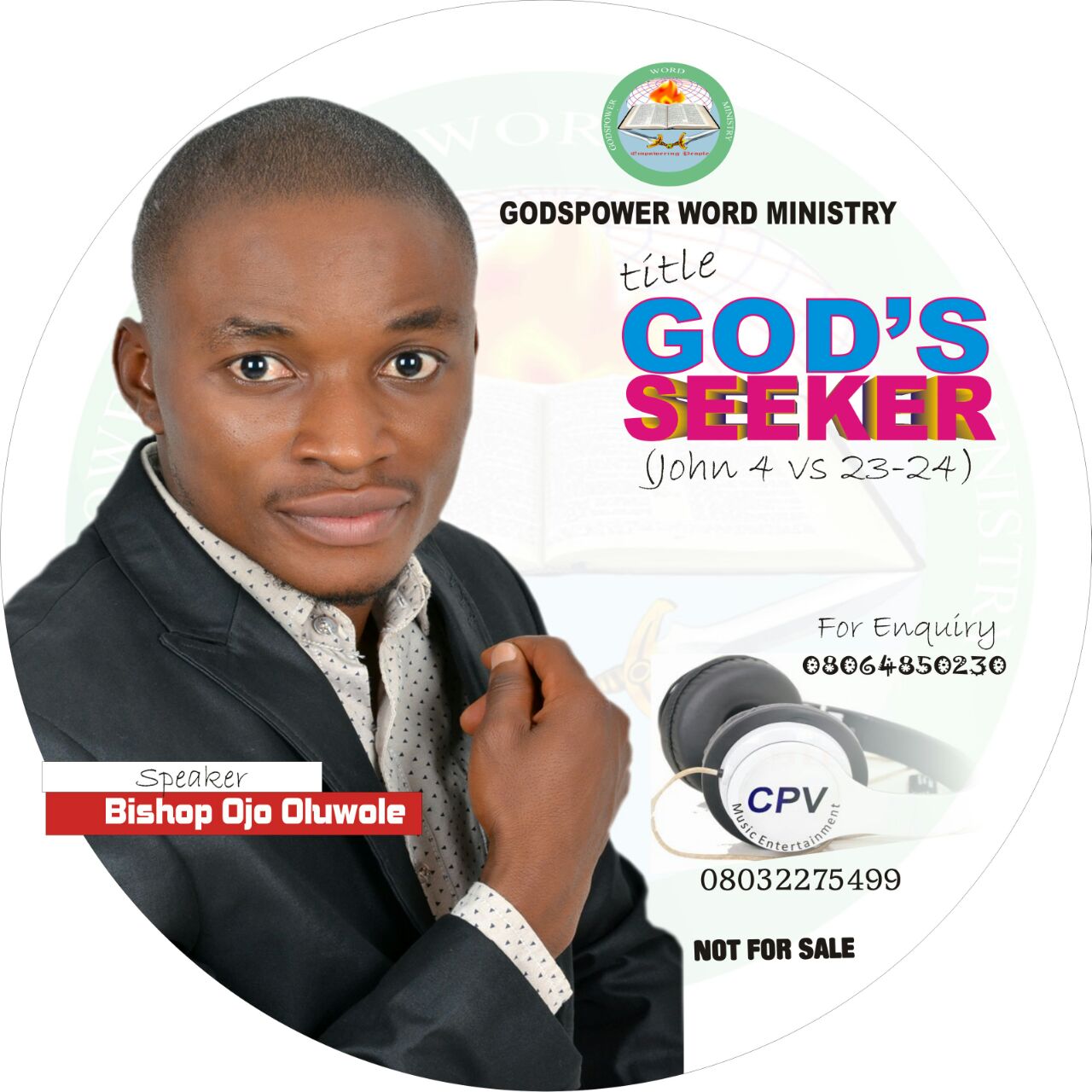 Godspower whose real name is Ojo Ezekiel Oluwole was born on 10 February, 1990. His roots can be traced to the south western part of the country, Modakeke, Osun State to be precise.

This young lover of the WORD cut his teeth professionally at University of Abuja where he studied B.Sc Geography & Environmental Management.
He enjoyed the privilege of being raised by godly parents who occupy leadership positions in Christ Apostolic Church, No 8, Alekuwodo, Osogbo where he was born.

When he was in UniAbuja, he was a committed member of National Association of Osun State Students’ (NAOSS), UniAbuja Chapter where he was elected as the Provost in his second year and also elected the Vice President in his final year and now a member of NAOSS Alumni.
More so, this young speaker was not only a member of Christ Apostolic Campus Youth Fellowship (CACYOF) UniAbuja chapter but also, in his early days on campus he joined the Organizing and Choiristers unit. His commitment in the organizing unit caused people within and without CACYOF to tag him as the ‘organizing’, which later led to him being chosen as the organizing secretary of the fellowship.
Not long after his graduation, he was appointed to be amongst the present set of executives as the organizing & transport coordinator of Jesus Convenant Revolutional Ministry Youth Wing, Osogbo, Osun State. At this place of worship, Oluwole Godspower was fondly called ‘bishop’ due to his God fearing, respectful and responsible way of life by Prophet Ayo Akinrinade (Baba Alala) who is the general overseer of the ministry.

When he was in CACYOF UniAbuja Chapter, opportunities were often given to him to motivate people by sharing with them his God given gifts through inspired write ups & songs.

Thereafter, the love to motivate, cater for welfarism of the people within and without his environment keeps growing wider. And majorly from the vision and assignment that was given through an encounter he had with GOD, a group of positive thinkers having the same mindset to reach out to souls was birthed. In order to do this, it was then deemed fit to have a defined name for their outreach. In a nutshell, GODSPOWER WORD MINISTRY was born, with the aim that “as we go, preach, Saying the kingdom of heaven is at hand” ( Matthew 10:7).
In line with the objectives of this outreach, we present to you the first gospel combination of message and songs in which Ojo Oluwole is the speaker. Audio CDs have been produced majorly for our daddies and mummies in the Lord who are interested in having it. For further enquiries, pls reach us via 08064850230 or [email protected] Shalom!