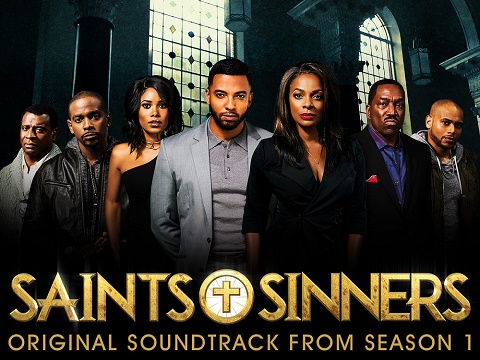 Music recording artist Deitrick Haddon teams with Grammy Award winning hip-hop artist Big Boi (of the popular group Outkast) for his newest video. The video is in support of the “Sinners
(Saved By Grace) Remix”, which also serves as the
theme song for the new dramatic series Saints and
Sinners on Bounce TV.

The single is a remix of “Sinners”, first found on
Haddon’s latest release Masterpiece, which debuted
atop Billboard’s Top Gospel Albums Chart. The
concept video, directed by Paul Coy, was shot in Atlanta and premiered on Sunday, March 20 prior
to the latest episode of Saints and Sinners on
Bounce TV. Haddon made a guest appearance
on the newest episode, continuing to further his
experience on the small screen.

“Sinners (Saved By Grace) Remix” is featured on the
forthcoming Saints and Sinners (Original
Soundtrack from Season 1), which is set to hit
stores on March 25 through eOne Music. The
soundtrack also features new music from Kelly Price, Erica Campbell, Jeezy, KlarKent, Lecrae, and Johnta Austin.

Check out the concept video below along with
special behind the scenes footage of the making of
“Sinners (Saved By Grace) Remix)”.