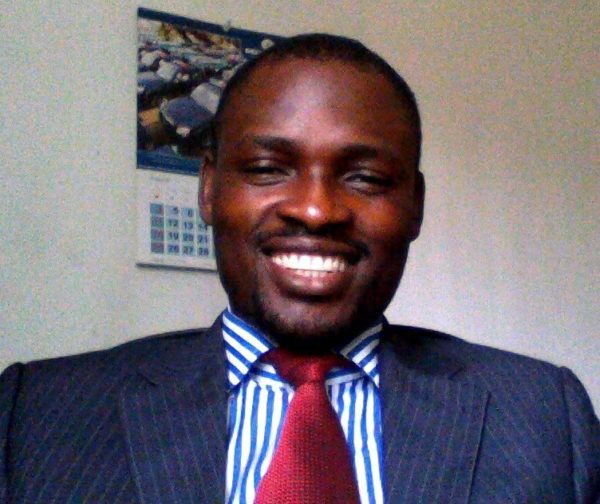 The Department of State Services (DSS) has arrested and arraigned Tareri Avwomakpa, a Warri-based lawyer and son of the Delta State Chairman of the Christian Association of Nigeria (CAN), Archbishop God-dowell Avwomakpa, over a Whatsapp message he allegedly sent calling for support for the Senior Pastor of Omega Fire Ministries (OFM) Worldwide, Apostle Johnson Suleman.

The DSS had invited Suleman to their headquarters in Abuja over his statement to his congregation telling them to kill any Fulani herdsman who attempt to attack them.

According to PUNCH, Tareri was on Tuesday invited to the Delta State office of the Service in Asaba, the state capital. He was however detained and later charged at a magistrate’s court.

The court granted him bail on Thursday.

URGENT!!! The DSS has invited Apostle Johnson Suleman to appear b/4 (sic) the Abuja office for interrogation by 10 am on Monday 30/1/17. Let every Christian come out in a procession to accompany Apostle Suleman to the DSS office. He spoke for us all.

We stand against the shameful silence of Nigerian government over the killing of Christians in Nigeria; intimidation/harassment of the church with state security agencies and the Islamic agenda of this regime. United we stand & together we will win this battle. Christians awake!!!!! Pls forward this invitation to every contact and God will fight your battles in Jesus name.

Tareri confirmed his arrest and arraignment onhis Facebook page. He also confirmed that he had been granted bail by a magistrate’s court.

He said he was charged for attempting to incite the public against the Federal Government. 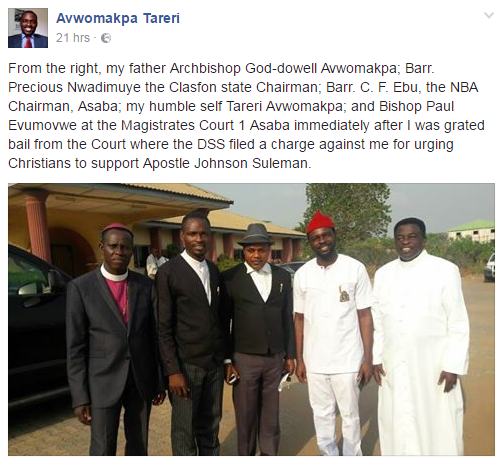