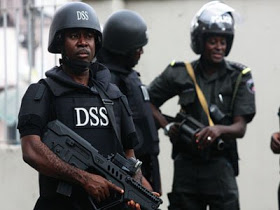 The Department of State Security DSS says it will soon go after those propagating hate speech and spreading seeds of disunity in Nigeria.

In a statement released yesterday, spokesperson of the agency, Tony Opuiyo, said the agency has watched with keen interest recent events where groups from the North, South East and Niger Delta have made condemnable statements about the unity of Nigeria and that it would soon arrest those behind such speeches as well as their sponsors.

“The DSS has watched with keen interest the disturbing trend desperate and mischievous elements have tended to steer the ship of our nationhood to calamity and irretrievable destruction. Another group went to the extent of harvesting from the internet, a horrific accident scene, for the purpose of making it look like a site of massacre of Igbo ethnic group by Northern youths. However, the Service has been able to establish that the purported murder scene being depicted as a field of massacre was a high casualty accident scene which occurred along Owo-Akure road, Ondo State, on 3rd March, 2016. Those involved in these misleading and despicable acts have since been warned to desist from anything capable of causing disaffection and stoking nationwide tensions. The Service is also not oblivious of the efforts of some miscreants to ignite fear and cause ethnic tensions across the country. It strongly condemns in its entirety the call for relocation of anyone to places against their wishes. Such relocation order is not only illegal, but it is strongly viewed to be against the spirit of our Constitution which allows for freedoms of movement and association among others. It is time for us, Nigerians, to show our humanness and patriotism which have been our defining strength as one united indivisible nation. The Service has already commenced a detailed investigation to get the perpetrators of these hate campaigns as well as their sponsors. At the appropriate time, all those involved in these condemnable acts will be unmasked and decisively dealt with in line with the laws of the land.”