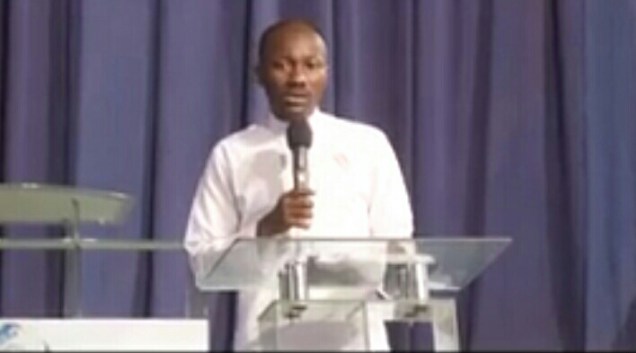 THE General Overseer of Omega Fire Ministries, Apostle Johnson Suleman, has asked the Federal Government to compel the Kaduna State Governor, Mallam Nasir El-Rufai, to produce Fulani herdsmen to whom money was paid so as to disabuse the minds of Nigerians that Christians are not the target of President Muhammadu Buhari’s administration.

In a statement issued by Phrank Shaibu, his Communications Adviser, in Abuja on Sunday, Apostle Suleman said failure to compel El-Rufai to produce the herdsmen who purportedly collected money from the Kaduna State Government is an indication of the insincerity of the Buhari administration.

He said: “The Governor of Kaduna State confessed that he paid money to some Fulani herdsmen as compensation to stop the killings in Southern Kaduna. That means he knows those who have committed atrocities against Christians. He must be made to produce them to answer to charges of murder and other crimes.”

Apostle Suleman’s statement came ahead of the invitation by the Department of State Services to report at their office in Abuja on Monday for reportedly asking members of his church to defend themselves if the Fulani herdsmen attacked them.

But the General Overseer, through his communications adviser said the Federal Government would be engaging in double standards by asking the DSS to invite him, while allowing El-Rufai to move about scot free, adding that the fact that the latter has immunity does not preclude him from investigation.

Suleman said: “There’s no end to the killing of Christians in Kaduna. Those behind the heinous crime are known to the Governor. Yet no one has been charged for murder. Instead people like us who speak the truth are being persecuted. The Federal Government must not give the impression of partiality or suggest that Christians are the target of this administration.”

Continuing, Apostle Suleman wondered why his recent speeches have been branded by agents of the Federal Government when all he has done is to remain consistent in telling the truth irrespective of whose ox is gored.

He said: “Which is worse? Saying the truth or offering money to murderers? Did El-Rufai offer money to ghosts? For you to pay someone money, the person must have a known and fixed address. As chief security officer of the state, was it not his business to arrest and put these hoodlums on trial? How come no one has been caught or being prosecuted for the massacre in Southern Kaduna? Obviously, there’s more to it that meets the eye.”

The head of the Omega Fire Ministries further admonished security agents not to allow politicians and ethnic warlords to use them to achieve parochial objectives, warning that such a development may lead to grave consequences for the nation.