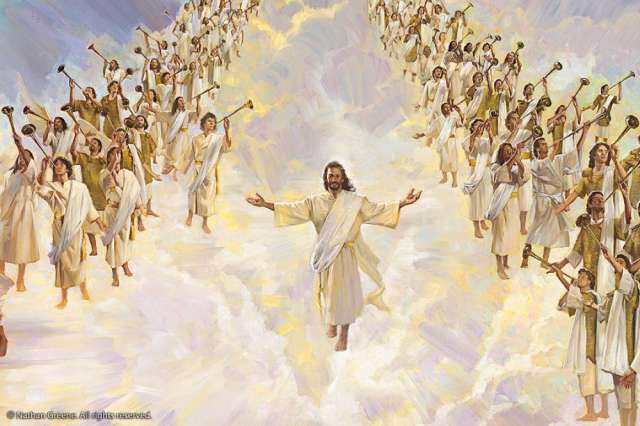 Jesus Christ came to earth, was crucified, then ascended into Heaven, about two thousand years ago.

He left with a promise to return to judge the living and the dead, set things right and return the world to its original nature, before sin entered.

There has been incident that proves that the second coming may be closer than we think.

In a video, posted by Nollywood actor, Mr Ibu, strange things can be seen in a sky in Isreal.

The post was captioned, “the wonders that happened yesterday in d morning in Israel God showed his signal with trumpet sound in a circle object formed by cloud in d sky every body stood still till it disappeared . pls have ur life cleaned up and be ready in think the D day is close by.”

No one can explain the ring or something that looks like a fire in the cloud, but i think it is safe to say that this video is a reminder that Jesus IS COMING BACK!

No one knows how or when this return will take place, but the Bible describes what will happen.

Revelation 19:11-12 says, “Now I saw heaven opened, and behold,  a white horse. And He who sat on him was called  Faithful and True, and  in righteousness He judges and makes war.  His eyes were like a flame of fire, and on His head were many crowns.  He  had a name written that no one knew except Himself.”

“At that time the sign of the Son of Man will appear in the sky, and all the nations of the earth will mourn. They will see the Son of Man coming on the clouds of the sky, with power and great glory, ” Matthew 24:30 adds.

Hope you will be ready for His return.