Esther: Witnesses Reveal How House On The Rock Fire Began. 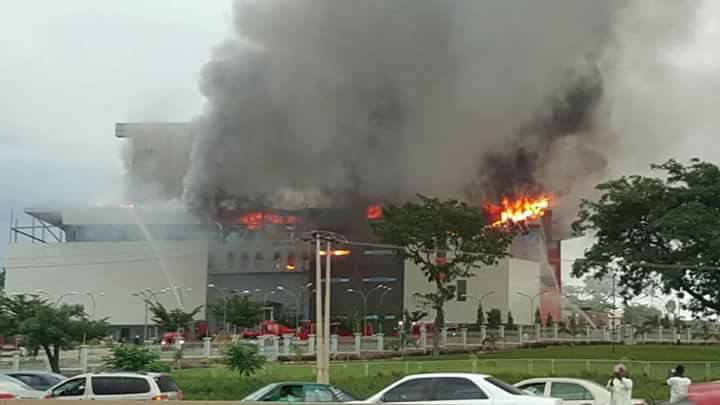 The fire that gutted the N3billion edifice belonging to the House on the Rock Church, has been revealed too have started on the top floor.

House on the Rock Church on fire in Abuja

The  fire which gutted House on the Rock Church  in Abuja on Sunday began on the top floor of the N3 billion edifice, according to a witness.

The church building, which is known as `Citadel and Towers’ with a sitting capacity of 10, 000 , went up in flames at about 2pm as the rain was falling.

The witness who identified herself simply as Esther said the fire began after the Sunday service had closed. She said she was about to leave the Church premises when she noticed fire on the top floor of the building.

According to her, the plastic materials on the top floor of the building burned quickly, and spread to the second floor and onto the pulpit. Half of the building located on Airport Road was destroyed before the firemen were able to tame the fire.