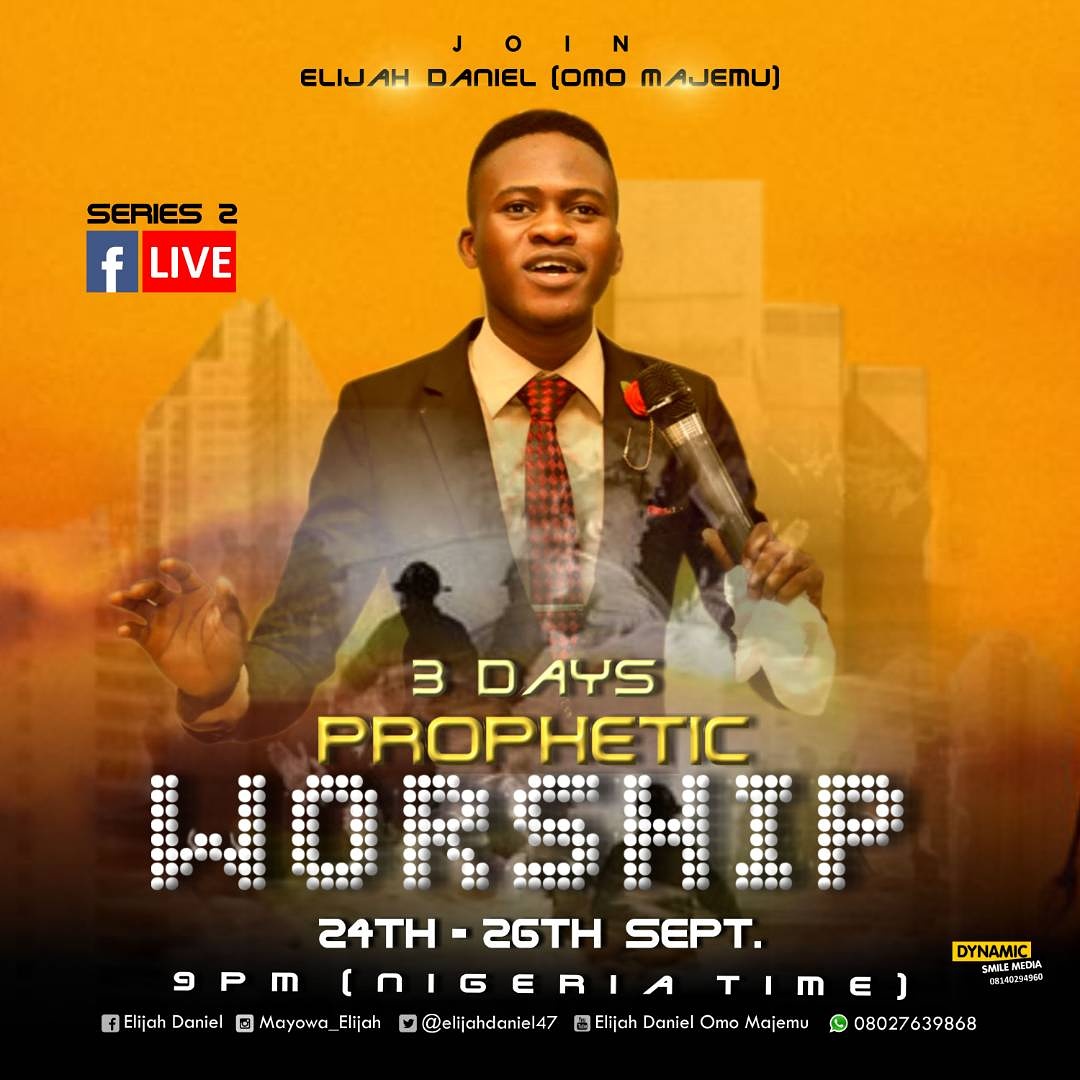 ​A 3days prophetic worship LIVE on Facebook streaming with Elijah Daniel (omo majemu), The event which was inspired by the spirit of God through a spiritual Father prophet Dr Akinola Fashawe the General Oversea of wonderland Christ Assembly worldwide.

In his word, Elijah Daniel disclosed,

“Before going ahead to start the series 0.1 it was so hard and difficult for me at the first place then I started struggling and also thinking on how I can go about it on my own that people won’t be saying am seeking vain glory or doing it for fame sake because human can be so funny.

Then the Holy Spirit inspired me on some particular things to do and to God be the glory the program has healed so many sick people and also bring back lost souls to Christ and God himself is raising supporters for the program due to how it’s has affected and blessing lives and I believe you will be part of them as another series coming up.”

The First serie was held last month August 20th-22nd 2017 LIVE on Facebook where thousands of people were so blessed with diverse testimonies from different part of the World all to the glory of God.

This is a great move all for the kingdom and God is indeed into this.

About Convener
Elijah Daniel is a young Gospel music minister, powerful praise and worship leader,an embodiment of Grace, a lover of God, a terror to the kingdom of darkness,so committed to his passion for God’s work which is Gospel music, he is like an arrow in the hands of God almighty. God has been using him to bless so many lives in various Godly gathering with testimonies home and abroad all over the world with his type of inspiring Gospel music