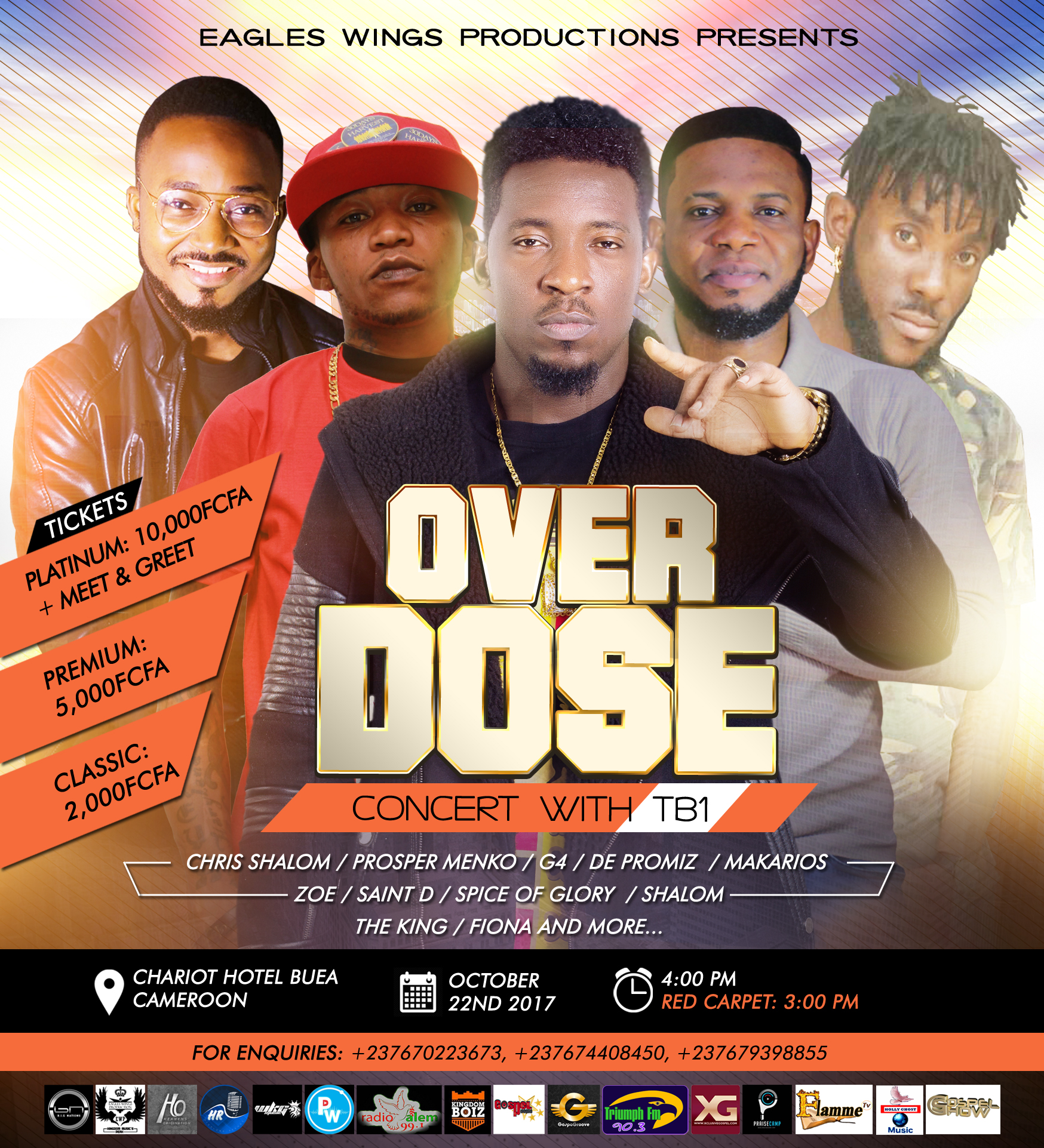 The OVERDOSED CONCERT WITH TB1 is the first ever live in concert featuring the amazing TB1 signed unto the Big Nations Label.

The proposed event is billed to take place at the prestigious “Charlot Hotel”. The intended events center is situated in the heart of Buea in Cameroon. The theme of the event is centered on the bible scripture Ephesians 5:18 which says “And be not drunk in wine, wherein in excess; but be filled (OVERDOSED) with the spirit”. 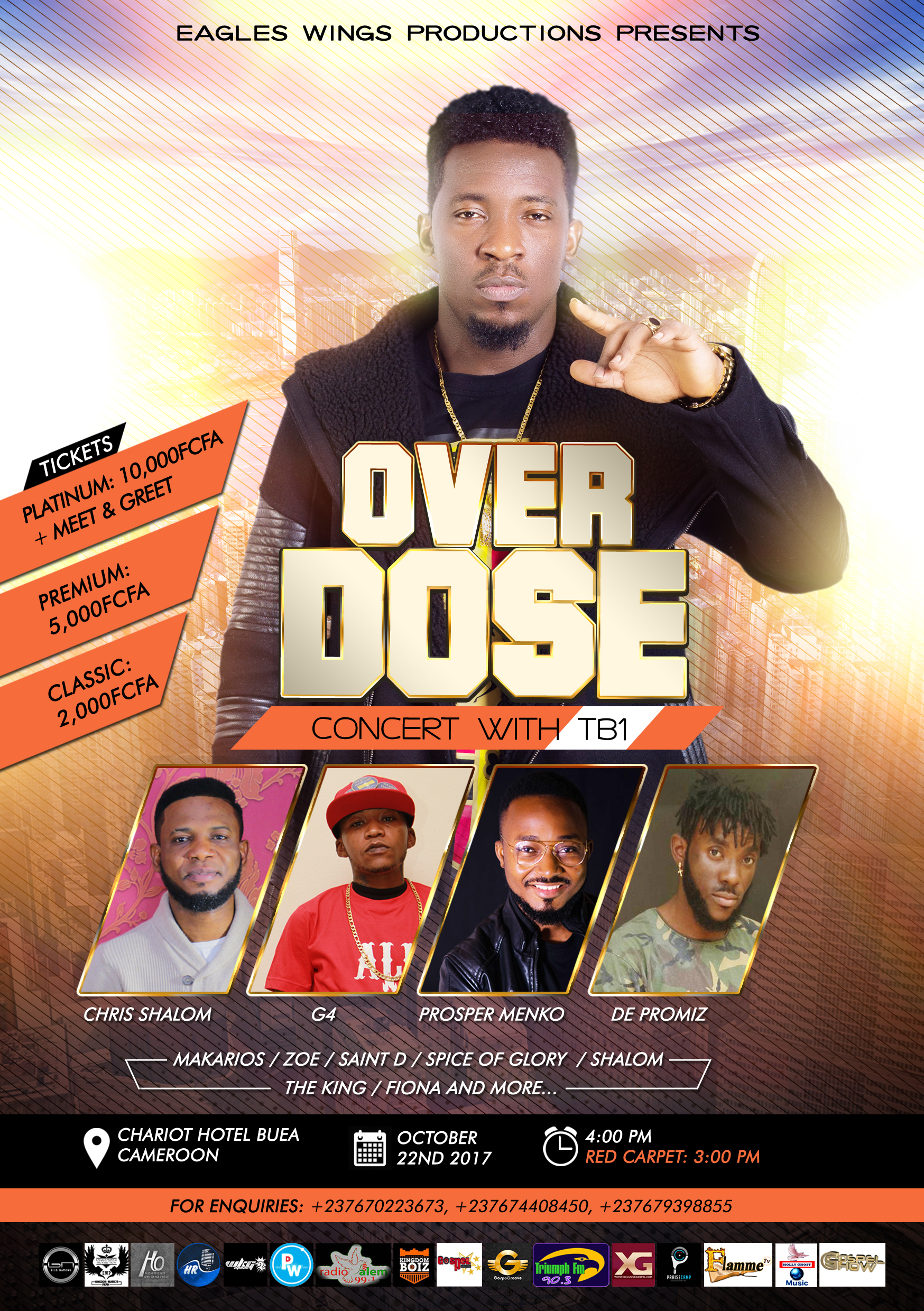 The artist dropped an Album last year titled “THE OVERDOSED ALBUM” which garnered so much airplay home and abroad and various testimonies abound across the globe which inspired the intended “OVERDOSE CONCERT WITH TB1 LIVE IN CAMEROON” which we intend to grow into a culture/legacy over the coming years. We chose the city of Buea because of the large fan base and opportunities that the brand has in the city. This concert is set to be executed in partnership with EAGLES WING PRODUCTION who is the main sponsor of this prestigious forthcoming event in the city of Buea in Cameroon.