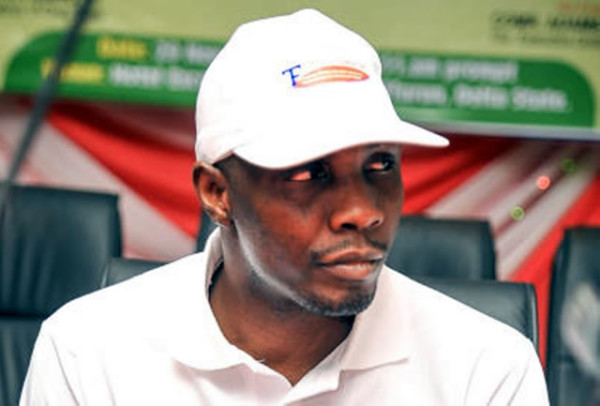 Vanguard reports that ex-militant leader Government Ekpemukpolo, alias Tompolo has begun fasting and prayers to God for His divine intervention in his present problems.

Tompolo who went underground following a bench warrant issued for his arrest by a Federal High Court in Lagos was declared wanted by the Economic and Financial Crimes Commission, EFCC and the Police in January.

Media Adviser and Consultant to Tompolo, Paul Bebenimibo, who was contacted by Vanguard said:

“When one is in travail, which is his case, you will take your case to God and that is what he has done. I can confirm to you that Tompolo is presently on fasting and prayers to God so that He will intervene because he knows that He is a God of justice and will fight for him because he is innocent.”

Tompolo who approached a Federal High Court few weeks back to commence legal action to restrain the Federal Government from proceeding with the N45.9 billion fraud charges filed against him, also urged President Muhammadu Buhari to be wary of some members of the All Progressive Congress, APC particularly from Bayelsa and Delta states and also investigate some of the servicing companies engaged in repairing damaged pipelines.

It is very important to let Mr. President and the security agencies in the country know that some members of the ruling All Progressive Congress, APC, particularly from Bayelsa and Delta States, are not happy with him (President Buhari) because they have not gotten anything from him after almost a year since he assumed office by way of appointments and contracts.

Therefore, some of them are involved in nefarious activities in the oil and gas sector to be engaged in pipeline surveillance. I am aware of how such persons are chasing the Minister of Petroleum for State, Dr. Ibe Kachikwu around. It is my humble advice to the Federal Government to investigate some of the servicing companies engaged in repairing damaged pipelines, as sabotage on their part is not ruled out.