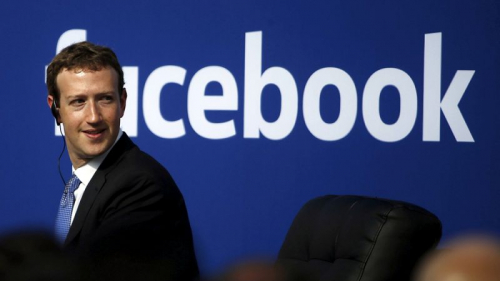 The social media giant Facebook said Thursday that it made an “error” by suspending a Christian video blogger’s account after she wrote a post about the Bible’s condemnation of homosexuality.

“The Activist Mommy” Facebook accountwas frozen on Feb. 9 because of a comment Johnston posted over six months ago that cited passages from the New Testament and Old Testament, including how Leviticus states that homosexuality is a “detestable” sin and an “abomination.”

The comment, which included no name-calling, was simply Johnston’s commentary in response to another Facebook user, who had commented on one of Johnston’s videos and argued that Christians are hypocrites for condemning homosexuality.

After news of Johnston’s claims were reported on by CP and picked up by numerous media outlets worldwide, Facebook is now offering an apology.

A spokesperson for the social media company told CP on Thursday that the removal of Johnston’s post and thesuspension of her account was done by mistake and “in error.” The spokesperson assured that both posts in question have been restored.

“The post was removed in error and we restored it as soon as we were able to investigate,” the Facebook spokesperson wrote in an email. “Our team processes millions of reports each week and we sometimes get things wrong.”

“We are sorry for any inconvenience this may have caused,” the spokesperson added.

Along with the statement sent to CP, Facebook also notified Johnston on Thursday to inform her that a member of the Facebook team “accidentally removed” the two posts.

“This was a mistake,” the notification read. “We apologize for the error.”

Johnston wrote in an email to CP that she appreciates Facebook’s apology. However, she stressed the fact that Facebook didn’t feel the need to take action until after the issue was highlighted by major media outlets.

“Saying this was an accident is a joke! They sent me the post and said it specifically violated their community guidelines. Now they are saying they accidentally stated that and banned me for 10 days accidentally? No! It took a national news story to get my content returned to my page. What about the average Facebook user who doesn’t have that luxury?” Johnston asked. “I am on a mission now to speak for them. I am receiving messages, screenshots and evidence from all over the world which proves that Facebook’s system for filtering and banning is punitive against conservatives and Christians.”

“If Facebook needed time to review the post that someone complained about, then why didn’t they simply delete my comment until they had time to review it?” Johnston continued. “Why did they punish me with a 10-day ban? This is damage control because my story hit mainstream media.”

Johnston is not letting up on her claims that Facebook is censoring her account. Johnston started a thread on herFacebook page asking her over 78,000 followers to submit any information on how her page is being censored by Facebook.

“One person told me my videos had no ‘share’ buttons on them while everyone else’s do,” Johnston wrote. “Another woman just told me nothing happens when she clicks or shares my posts while she can share other people’s posts.”

One Facebook user wrote: “I had your page ‘liked’ before but I just went to it and it wasn’t ‘liked’ so I re-liked it.”

A Facebook user named David Dlugosinski wrote: “No idea what happened yesterday. I shared your original post on Tuesday but it (and ONLY it) disappeared on Wednesday.”

“After commenting on the disappearance in several places and re-sharing your post, the original ‘share’ re-appeared [sic]. It was definitely gone for a few hours,” Dlugosinski said. “I looked for it on my timeline for several minutes before re-sharing it.”

Facebook user Oliver Witherspoon explained: “Yesterday, I posted a comment about Christianity and the sin of homosexuality on your page and now it’s gone.”

Johnston said that she understands that Facebook is a private company and does not have to uphold free speech standards.

“But here is where Americans are crying foul: Zuckerberg is saying Facebook is unbiased. But in reality, it appears he is using the platform to further his personal political, religious and globalist agenda,” Johnston argued. “He is using Facebook as an ideological weapon and punishing those of us who don’t submit to the agenda with suspensions and deletions of our pages.”