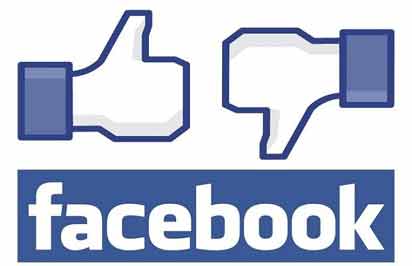 Facebook will now allow Americans to order a meal, buy movie tickets or make an appointment at the hairdresser without having to leave the social networking site.
The US company announced Wednesday the addition of new tools on the site to allow users to link directly with businesses.

For example, a pizza can be delivered with a simple click of the “order” button on the restaurant’s Facebook page. Provided, however, the restaurant uses delivery.com or Slice.

For other shops such as spas or hairdressers, customers can request an appointment, which the merchant will confirm using Facebook Messenger, the company’s mobile messaging application. Some businesses also may add a button to their page allowing customers to ask for a price quote.

And Facebook has entered a partnership with Fandango to allow for the purchase of movie tickets directly from the page devoted to that film. Users also will be able to buy tickets for other events through Ticketmaster or Eventbrite from their own Facebook page.

The social media site also launched a new tool to obtain recommendations from other users, including on shops and services. If the user activates the recommendations feature on a post asking for advice, friends can post comments with suggestions, which are then displayed on a map.

Facebook, with 1.13 billion daily active users as of June — 84.5 percent of whom are outside the United States and Canada, for now is limiting these new features to its US users.

It began to roll out the features Wednesday, and promises more new tools “in the months to come,” in particular “to communicate directly with businesses on your time and terms.”