FACT: The Gospel Is Offensive, But Christians Shouldn’t Be 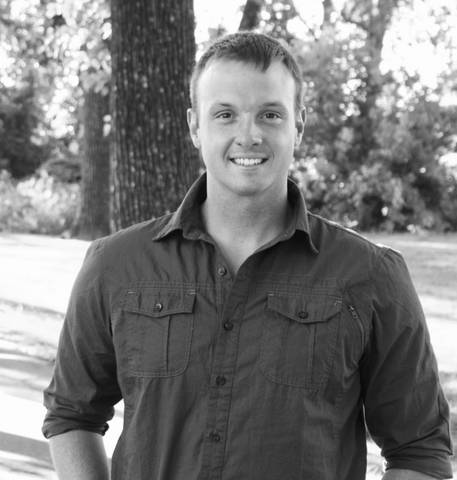 Passion to communicate the truth of God is a
characteristic innate to every born-again
Christian. It may at times be dulled by seasons
of sin and worldly distractions, but whenever
we cast off these hindrances of the flesh and
draw near to Jesus, our hearts always long to bring Him to others.

Some believers are wired in such a way that
they aren’t fazed by awkwardness and don’t
hesitate even for a second to bring Jesus up in
conversation. The rest of us are a bit more timid
but no less desirous to radiate Christ in our
relationships and speak the gospel, even if uncomfortably, when we feel led.

Regardless of our particular personality traits,
the Holy Spirit has wired into all of our new
natures a passion to breathe the life-giving
truth of Jesus over the “dead bones” of our lost
friends (Ezekiel 37).

But can this good desire flesh out in not-so-
good ways? Can godly desires to speak about
Jesus become mingled with sinful desires and
actually corrupt our evangelistic efforts? Can
our attitude, tone, and approach in sharing the
gospel actually work against the gospel? Can various modes of “truth telling” create
unnecessary offense in the hearts of our
hearers?

I already know what some of you are thinking
— you were thinking it as soon as you read the
title of this article: “the gospel is offensive!”
Yeah, sure. It is offensive. You’ll get no
pushback from me on that. But my question is:
can we communicate it in such a way that we, not the gospel, are responsible for our
unbelieving friends’ offense?

Yes. We can. And unfortunately, many of us do.

I’m sure you can immediately envision some
zealous truth-telling friend of yours who seems
to have zero awareness of how arrogant and
mean-spirited they come off when they “share
the gospel.” I can. I think of myself — the Matt
Moore of 2011, anyway.

I was an ambitious but unloving, truth-telling
twit for a solid couple of years after my
conversion. I had never taken to balance very
well, and the evangelistic efforts of my Christian
infanthood demonstrated that well. Truth
forcefully tipped the scales while love and wisdom floated weightlessly in some place
distant from my heart. I was a man on a
mission, and my mission was to confront all the
godless heathen with the holiness of a good
God who demanded their worship!!

I ran to Facebook on a daily basis to ensure my
lost friends remained constantly aware of the
fiery torment that awaited their wicked souls if
they didn’t turn to Jesus. I never said anything
untrue, but my gosh — it may have been better
to have said something untrue than to say true things the way I said them!

I also took it upon myself to assume the role of
“theology cop” and ruthlessly corrected all the
unbiblical teaching I saw espoused by other
Christians. Because I was just sooooo
theologically astute (sarcasm), you know — I’d
been reading the Bible for a whole three months! When I was in the Arminian camp, I
attacked the heretical claims of Calvinists. And
then when I (ironically) embraced those
“heretical” Calvinistic beliefs, I ceaselessly
rebuked the man-centered views of Arminians.

More mature Christians would message me
from time to time pleading with me to repent of
the unloving attitude that was plaguing — and
eclipsing — the truth I was sharing. They
would call me out on the Christlessness of my
sarcasm and snarkiness. Deeply offended by their accusations, I would assure these
cowardly Christians that I was doing exactly
what Jesus wanted me to do, and maybe they
needed to reevaluate their passion for the
proclamation and preservation of biblical truth.

Unfortunately, my “evangelism” — what I now
call my “antigospelism” — wasn’t limited to
social media. I suspected some of my Christ-
professing friends and family were not actually
born again, which led to not a few contentious
conversations. Though I believe my suspicions were and still are warranted and that a
conversation needed to happen, I didn’t
approach these people with the love and
humility that such a conversation requires. I
confronted them with a prideful pointing
finger, harshly accusing them of their hypocrisy. Every single conversation ended
with the other person angered by the
lovelessness with which I spoke to them and
refusing to speak to me for months on end.

Thankfully, through many humbling
circumstances (all of which I can’t remember —
maybe I’m subconsciously blocking them out!),
the Holy Spirit eventually got ahold of my heart
and revealed my sin to me. He showed me that
my motive in my truth telling wasn’t solely love for Jesus and others, but mingled in were
prideful desires to be right and make sure
others knew that they were wrong.

The puffing up of my ego was the end goal of
my evangelism (antigospelism) — not the glory
of God and the good of others. And because of
this, I believe my proclamation of the truth
often worked against the Holy Spirit rather than
in groove with him. Instead of eyes being opened and hearts being softened by the truth
of the gospel I shared, eyes were darkened
and hearts were further hardened. It can be
rightly argued that the gospel itself can be an
“aroma of death” and have a hardening effect
on the hearts of those who continue to reject it (2 Corinthians 2:15-16). But I can’t say with a
good conscience that my snarky, sarcastic, and
unnecessarily harsh demeanor played no part
in that process.

Believers, it’s important we speak the truth —
but the way we speak it is equally important. A
love for God and for others must envelop every
truthful word that comes out of our mouths. A
desire to see God exalted and for others to
know him must undergird every Facebook status, blog, or email we write. This
doesn’t mean all our truth speaking should or
will be soft and gentle.

There were times that Jesus himself was
necessarily sharp in his communication. But
you’ll notice his holy anger was almost always
geared toward the “religious” people whose
corrupt attitudes and actions misrepresented
the merciful nature of God and hindered the faith of others. Jesus exchanged rough words
with people like me — the Matt Moore of 2011.
With the morally wayward sinners, Jesus was
serious, yet always kind.

He truly fulfilled what was spoken of him
centuries before: “He will not cry aloud or lift up
his voice, or make it heard in the street; a
bruised reed he will not break, and a faintly
burning wick he will not quench” – Isaiah
42:2-3.

There were even times when Paul was sarcastic
in his communication. But was he mocking
unbelievers? No. Was he mocking those who
didn’t agree with him on non-salvific issues?
Nope. He mocked those who were using their
influence in the Church to damage the faith of others. He mocked those who, in their ungodly
attitudes and actions, were hindering love and
unity in the Church. In other words, Paul was
mocking people like me — the Matt Moore of
2011.

I beg you guys, don’t be like the Matt Moore of
2011. Soberly examine your heart and be
honest about the intentions driving your truth
telling. If there is anything there besides love
for God and others, it’s got to go.

Whether it be a desire to make a name for
yourself, a longing to feel purposeful, a desire
to be viewed as “right” — whatever it is, bring
it to God so that he can kill it. Beg the Lord to do
a work in your heart so that your passion to
proclaim the truth is salted and balanced by love. Don’t just be a vessel; be a useful vessel —
one full of truth, compassion, and a burning
desire to see others love the God who loves
them.