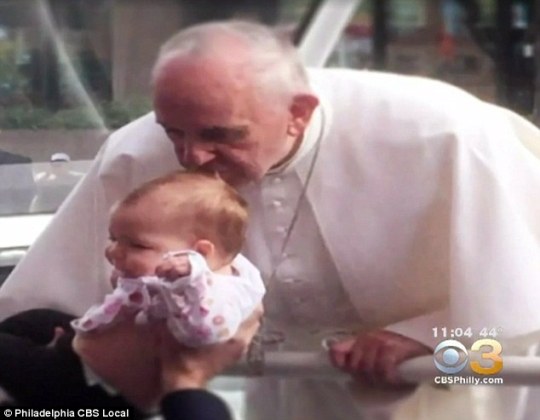 A baby’s brain tumor, which cannot be operated
on, reportedly reduced in size following a kiss on
the head from the Pope, at least that’s what the
family thinks. 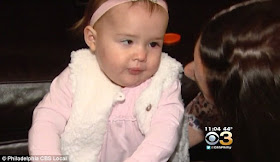 The girl’s parents Joey and Kristen Masciantonio
have reportedly described the kiss as a miracle.
A comparison of Gianna’s MRIs from August and
November shows a noticeable difference.
According to the television station, the girl’s brain
stem had been ‘attacked’ by the toddler’s blood cells.

CBS Philadelphia reported the toddler has a sibling
named Dominic — and the first name of the
bodyguard who hoisted the girl up during the kiss
is Domenico.
The Masciantonios have credited this as divine
intervention, according to the television station. 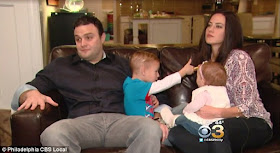 Gianna met the daughter of St. Gianna, her
namesake, while the pope was in Philadelphia, CBS
Philadelphia reported.
Joey Masciantonio told the television station: ‘Last
year was about living in honor of her.
‘Now we’re going to get to live with her.’ He also said: ‘I think this is all from God.
‘I believe the Pope is a messenger from God.’