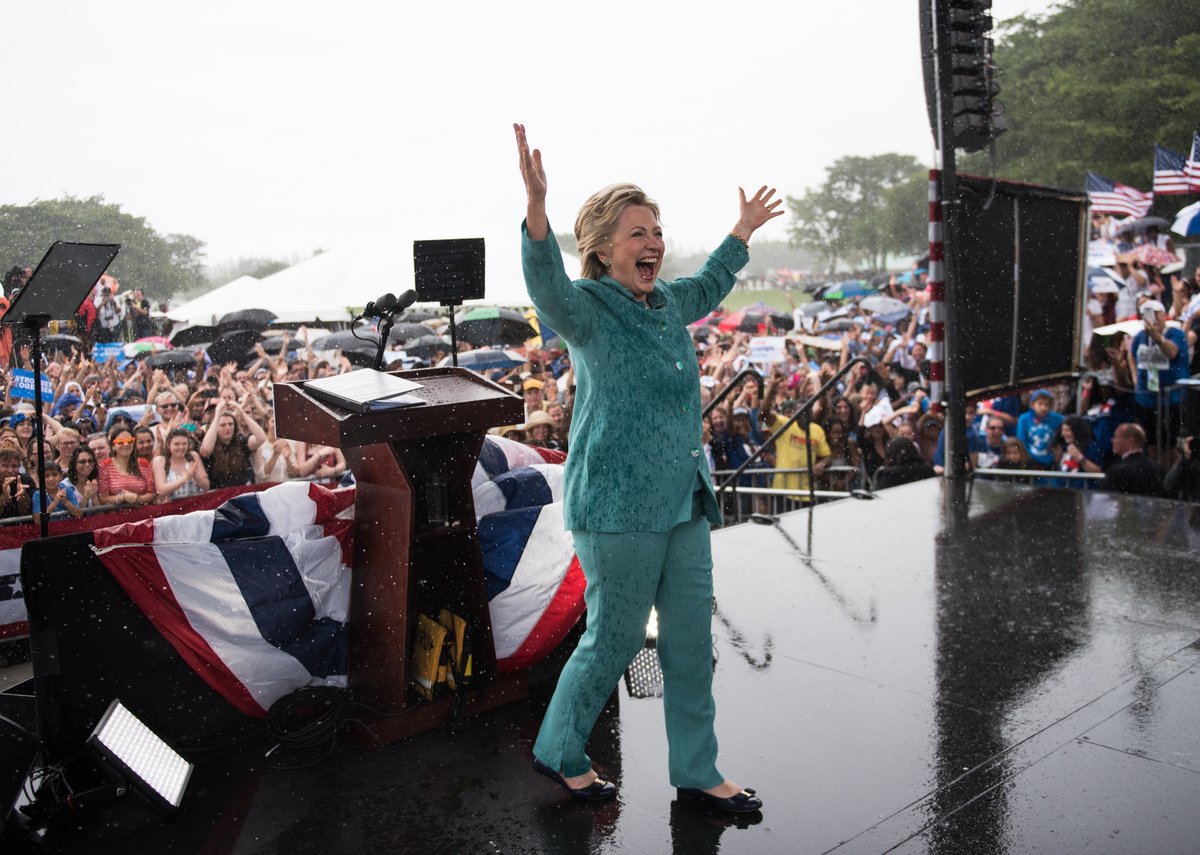 Hillary Clinton has gotten a second all-clear from US Federal Bureau of Investigation (FBI) over her email probe by the agency.

The agency has announced that it would not make any changes to its July decision, that Clinton should not face criminal charges after a review of new emails, Director, James Comey, told lawmakers on Sunday.

“I write to supplement my October 28, 2016 letter that notified you the FBI would be taking additional investigative steps with respect to former Secretary of State Clinton’s use of a personal email server.

“Since my letter, the FBI investigative team has been working around the clock to process and review a large volume of emails from a device obtained in connection with an unrelated criminal investigation.

“During that process, we reviewed all of the communications that were to or from Hillary Clinton while she was Secretary of State.

“Based on our review, we have not changed our conclusions that we expressed in July with respect to Secretary Clinton.’

“I am very grateful to the professionals at the FBI for doing an extraordinary amount of high-quality work in a short period of time,” Comey said in a letter to the Congress personally signed by him.

Director of Communications for the 2016 Hillary Clinton presidential campaign, Jennifer Palmieri confirmed that the camp had seen Comey’s letter.

“We have seen Director Comey’s latest letter to the Hill.

“We are glad to see that he has found, as we were confident that he would, that he has confirmed the conclusion that he reached in July, and we’re glad that this matter is resolved.”

The News Agency of Nigeria (NAN) recalls that Comey had on Oct. 27, 11 days from the election, informed Congress that the FBI had discovered emails in its separate investigation of Anthony Weiner.

The FBI said at that time that the emails could be connected to its investigation of whether Clinton mishandled classified information by using a private email server.

However, Republican nominee Donald Trumpstill took to the stage in Minneapolis for a rally minutes after the news broke, and appeared to address the crowd without knowing Clinton had been cleared again.

Trump has used the re-opening of the email probe to score campaign points, which also affected Clinton’s polls rating, tightening her two-point lead over Trump to neck-and-neck.