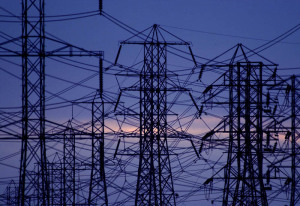 The 40 Federal universities in Nigeria have been assured of uninterrupted power supply beginning from December 2017.

The information was contained in a statement by the Director of Press and Public Relations in the Ministry of Education, Ben Goong, in Abuja.

Goong revealed that the government has plans to achieve their plans through its Energising Education
Programme Initiative which utilising off-grid Independent Power Projects and Public Private Partnership structures.

The commitment was made by the Minister of Education, Adamu Adamu and his counterpart in the Ministry of Power, Works and Housing, Babatunde Fashola, on Wednesday, September 21, during an interactive session with the vice- chancellors and directors of Physical Planning of all the 40 federal universities, and was reiterated in the
statement.

Adamu who was represented by the Permanent Secretary in the Education Ministry, Dr. Folashade Yemi- Esan, said the Power, Works and Housing Ministry initiated the EEPI programme “to provide uninterrupted and dedicated power supply to all the federal Universities through the utilisation of off-grid Independent Power Projects.”

He added that the gesture would serve as an avenue to train students, on the utilisation of various energy sources in their respective departments, especially for those studying engineering.

Represented by the minister of State for Power, Works and Housing, Mustapha Shehuri, Fashola, further, explained that the programme was aimed at “providing reliable power supply” which, according to him, would promote economic growth and sustainable development in the universities.

The Senior Special Assistant to the President on Power, Damilola Ogunbiyi, during her presentation, also highlighted the objectives of providing constant power supply to the educational institutions., adding that their productivity, efficacy and professionalism would be boosted in the areas of research, teaching and learning, which will, in turn, have a remarkable impact on the quality of graduates from these institutions.