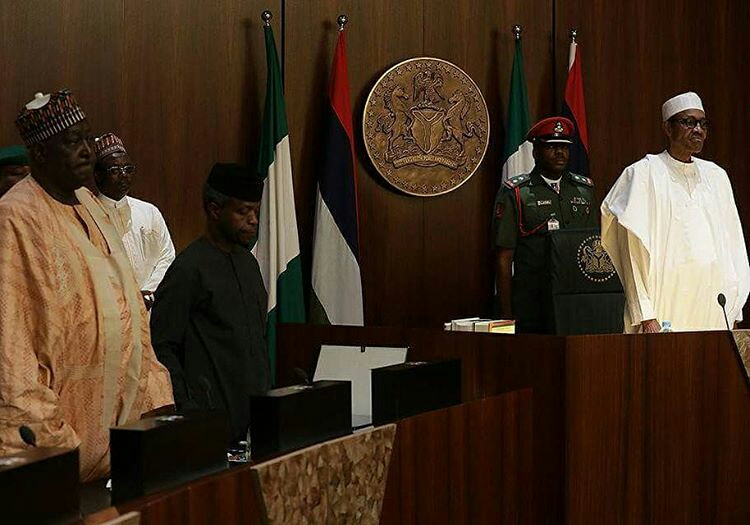 The Minister of Mines and Steel Development,Dr. Kayode Fayemi, who made this known at the end of the FEC meeting in Abuja, said the fund would come from 1.68 per cent of the Federation Account.

He said that it would for used for exploration activities, research and development through partnership with tertiary institutions in the country.

“You will recall that in August, FEC approved the roadmap for the growth and development of the mining sector.

In recognition of Mr President’s campaign promises to Nigerians‎ and also in particular his consistent statement to diversification particularly in agriculture and mining sector, Council today ratified the approval of N30 billion intervention fund for the mining sector.

It will primarily be focused on exploration. Exploration is the heart of mining, if you don’t search you won’t find.

You have heard all sorts of talks about how rich Nigeria is in mineral resources but the quantity, quality, the geological prospectivity has been a challenge because we have neglected the sector for such a long time,’’ he said.

Fayemi explained that the council looked at strategies other countries adopted to arrive at international best practices.

He stressed that there was need for investment in grade geological data “if Nigeria must attract mining investment into the country.

Similarly, the Minister of Transportation,Rotimi Amaechi, disclosed that the Council approved International Advisers that would sit to negotiate with General Electric towards concessioning the 3,500 kilometres railway narrow gauge.

What we just did today, is to approve the International Advisers who will then sit with the GE as our own experts to do the negotiation.

“As you are aware, the narrow gauge railway will to a great extent assist the agriculture, mines and steel development ministries in the transportation of the extracted minerals.

We are rehabilitating at no cost to government the Port Harcourt-Maiduguri, which include Port Harcourt, Aba, Umuahia, Enugu, Makurdi, Jos, Gombe, Bauchi to Borno,’’ he said.

Amaechi said that other routes to be rehabilitated would include the Lagos to Kano towards encouraging freight movement of over 30 million tonnes.

He added that the Port Harcourt to Maiduguri route would also bring about the movement of 11 million tonnes of goods on the tracks.