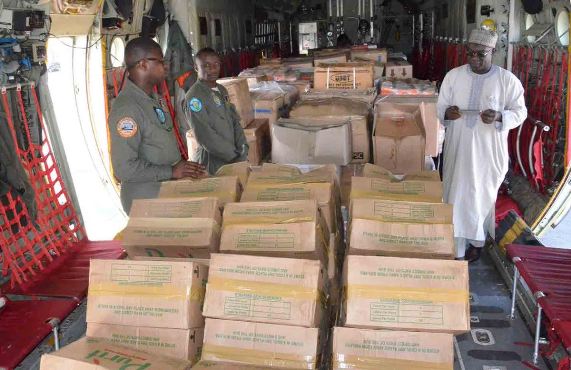 The Federal government today donated 70 tonnes of Made-In-Nigeria drugs to victims of a train mishap that happened in Cameroon in October this year. No fewer than 70 people were killed and nearly 600 injured when an overloaded passenger train travelling between Cameroon’s two largest cities derailed and overturned.

The drugs were presented to the Cameroonian envoy by Minister of state for Foreign Affairs, Khadija Bukar Abba.