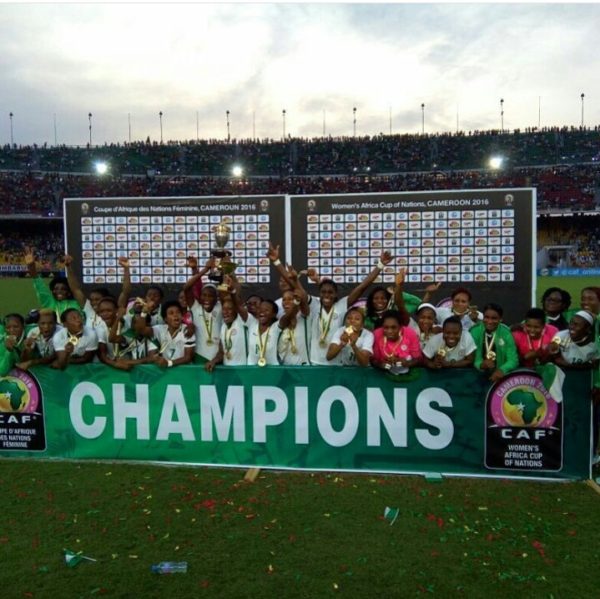 Following Super Falcons‘ march to the National Assembly and the State House, the Federal Government has released a total of N471.8m for payment of their allowances and those of the Super Eagles.

PREMIUM TIMES reports that the Office of the Accountant-General of the Federationmandated the Central Bank of Nigeria (CBN) to pay the Naira equivalent of US$1,173,820.00 at N305/$ (N358m) to Nigeria Football Federation (NFF) for the payment of outstanding winning bonuses for Super Eagles in the 2018 World Cup Qualifying Matches and for the Super Falcons’ participation in the African Women’s Cup of Nations (AWCON), where they came first.

The Accountant-General’s office also mandated the CBN to release another N113.8 million to the NFF. Both amounts were approved by the Minister of Finance, Kemi Adeosun, and have been paid by the CBN, according to a statement by Kenechukwu N., on behalf of the Accountant-General