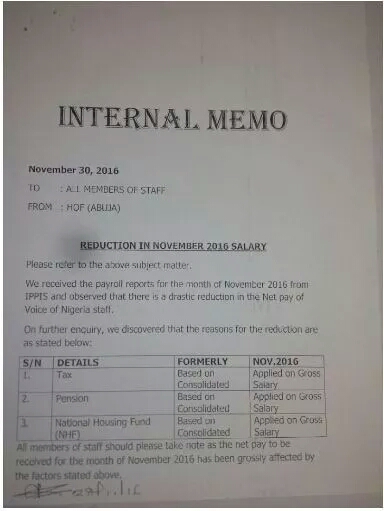 The Federal government of Nigeria has reportedly drastically reduced the salaries of ALL civil servants in ministries, departments and paratatals for the month of November 2016, Leadership reports.