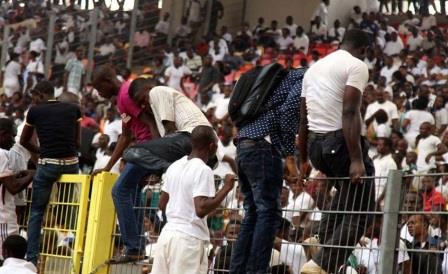 The Federal Government has announced on Tuesday that the implementation of its Social Investment Programmes would commence before the end of this month.

This, according to a statement issued in Abuja by the Senior Special Assistant on Media and Publicity to the Vice President, Mr Laolu Akande, is in fulfilment of the government’s campaign promises.

Mr Akande noted that the Vice President, Mr Yemi Osinbajo, confirmed that implementation plans for the effective commencement of a number of the Social Investment programmes of the Buhari presidency has reached advanced stages as the selection of the first 200,000 unemployed graduates to get jobs is now being completed.

According to the statement, Mr Osinbajo made this known while fielding questions in an interview with a small group of radio journalists and producers at the Presidential Villa.

“We expect that before the end of the month, we will engage 200,000 out of the 500,000 unemployed graduates the Buhari administration plans to hire in the N-Power jobs programme.

“The direct government jobs are meant to keep these young people occupied, pay them some amount of money and also give them a device, which will also help them to learn several skills that they can develop as time goes on.

The Vice President explained that on the Home-Grown School Feeding programme, this will kick off in several states by the end of October.

“Definitely before the end of this month, we expect that several states would have come on stream with their Home-grown School Feeding Programmes.

“This will energise agriculture in the different states because it is what you plant that you feed the children with, we will be hiring caterers, cooks, etc in each state because it will be Federal Government funded from Primaries 1-3 and the state governments hopefully would be able to cater for the other classes,” Osinbajo was further quoted as saying.