FG Vs Church: Bishop Oyedepo, Kumuyi May No Longer Have To Step Down As Church Heads 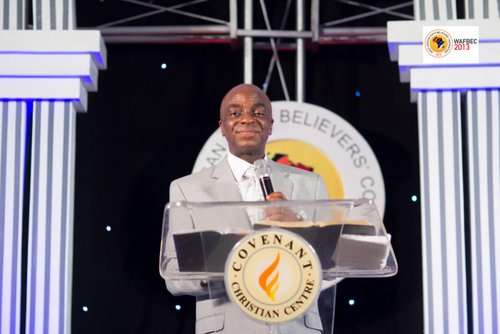 A few years ago, during the tenure of former President Goodluck Jonathan, a Corporate Governance Code (For Not-for-Profits) like churches, Mosques, others was made.

In 2016, the Financial Reporting Council of Nigeria (FRN)ordered the affected personalities, such as Bishop David Oyedepo of the Winner’s Chapel, Pastor Kumuyi of the Deeper Life Bible Church, Rev. Sam Adeyemi of Daystar Christian Centre, Pastor E.A Adeboye to comply with directive.

However, only the Redeemed Christian Church of God (RCCG)leader complied with this regulation, with his recent resignation, and the appointment of Pastor Joshua Obayemi as the national overseer for RCCG.

Apparently, this was the only thing needed to rock the boat as the Man of God’s resignation drew a lot of comments and reactions.

All of this has resulted in the suspension of the regulation and the dismissal of Mr Jim Obazee, the Executive Secretary of FRC, the body responsible for enforcing the law.

Jim Obazee is fired after Pastor Adeboye resigns
.
News of Obazee‘s discharge has been announced in a statement issued by the President’s Senior Special Assistant on Media and Publicity, Garba Shehu, on January 9, 2016.

Speaking in Abuja, Shehu said, “He has appointed a chairman and a new executive secretary for the council. The new council as approved by the president has Mr Adedotun Sulaiman, MFR as chairman.

Mr Sulaiman was a former managing partner/director of Arthur Anderson and later, Accenture. He is a chartered accountant and a product of the University of Lagos and Harvard Business School.

The president has also approved the appointment of Mr Daniel Asapokhai as the executive secretary of the council.

President Muhammadu Buhari has also instructed the Minister of Industry, Trade, and Investment to invite the 19 ministries, departments and agencies of the federal government and private sector organisations specified in the FRC Act to nominate members of the board of the council.”

The suspension of the Corporate Governance Code was revealed in a statement signed by Constance Ikokwu, the Strategic Communication Adviser to the Minister of Industry, Trade, Investment, Okechukwu Enelamah. 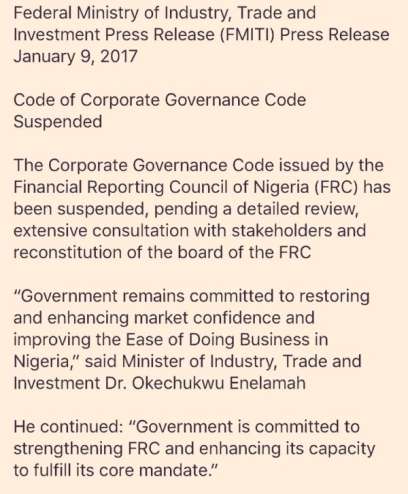 “The Corporate Governance Code issued by the Financial Reporting Council of Nigeria has been suspended, pending a detailed review, extensive consultation with stakeholders and reconstitution of the board of the FRC.

“Government remains committed to restoring and enhancing market confidence and improving the ease of doing business in Nigeria,” the statement read. 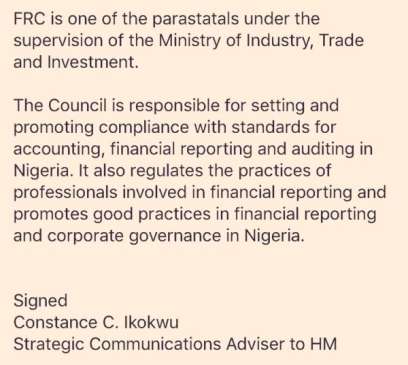 The suspension of this code means Bishop Oyedepo, Kumuyi,others can relax because they may no longer have to step down as church heads.

Is this a good idea?