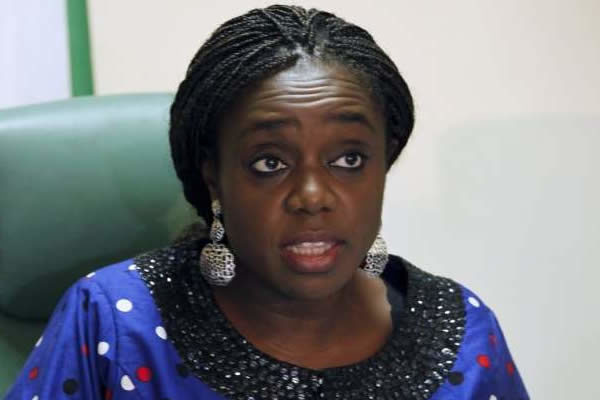 The Federal Government has reached agreement with the World Bank Group and other development partners for the release of $1.3 billion for the take-off of Development Bank of Nigeria (DBN).

The Minister of Finance, Kemi Adeosun, with the Governor of Central Bank of Nigeria (CBN), made the fact  known at a joint press briefing  in Washington on Sunday.

The briefing was to announce the achievements of the Nigerian delegates at the 2016 IMF/World Bank Annual General Meetings.

Adeosun re-empasised that creating the Development Bank of Nigeria was not a duplication of duty of any organisation, especially the Bank of Industry (BoI), because it was targeted at Small and Medium Enterprises.

“The focus of DBN is SMEs and giving them low cost loans. We have been able to crowd in money to the tune of $1.3 billion from the World Bank, African Development Bank and the European Investment Bank. We have made a lot of progress now and ready to take off.

We have advertised for the management position and when appointed, that would complement the work and build synergy with CBN intervention. We need to get the money into the hands of smaller business that make 50 per cent of our GDP,” she said.

Adeosun said that the Nigerian delegates were also able to secure investments into the $500 million irrigation projects covering the Bakalori-Kano River and Hadejia Valley Irrigation.

In the power sector, she said that the country had secured commitments from Japan International Co-operation Agency to invest in the Jebba Hydro project and also facilitate trade and investment in Nigeria.

Commenting on illicit financial flows, Adeosun said that they had some high level discussions with a number of countries “where we have Nigerian money domiciled.”

“When we talk about illicit financial flows there is a number of issues involved- those from corrupt practices, tax evasion, tax avoidance and those who underpay tax. But we are working hard to bring them back to the country,” she said.

With regards to Nigeria’s foreign loans, the minister said that the country would  once again patronise Eurobonds.

“We are going to look into how we can refinance some of our existing naira debt into the international market to take advantage of the low international rate now.

We want to take advantage of the fact that there are negative interest rates in a lot of markets and we think we can significantly lower our cost of funds.

This would lessen the pressure on the domestic market. We have spoken with a lot of lenders and the market is really very attractive now,” she said.

The minister also disclosed that the Federal Government would “consider restructuring, reallocating or even cancelling irredeemable project components.”

“We would strengthen our implementation capacity, including our capacity for monitoring and evaluation. As a follow-up, the Federal Government has committed to regular monthly meetings now with the World Bank Group and there would be regular briefings of FEC and NEC on the performance of Nigeria’s portfolios,” she said.

On his part, the Governor of CBN, Godwin Emefiele, commented on the allegation that there was disharmony between fiscal and monetary authorities on interest rates.

“We feel that when people are able to access loans at low interest rates, it helps improve growth, reduce unemployment, boost industrial capacity and the rest.

Based on the data that was available, the MPC (Monetary Policy Committee) felt we can pursue growth through another angle. It has nothing to do with disharmony.

I feel it is important for me to also join the minister to confirm that there is no disharmony, we are all working together and I believe that in due course, we would achieve the growth that we badly desire for the country,” he said.